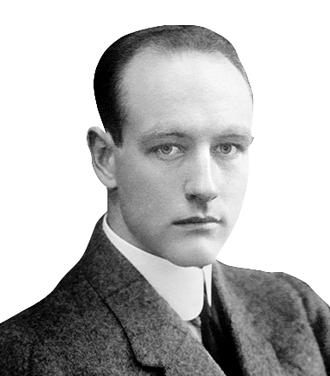 The century-old fossils of the virtually extinct Korean gray whale were confirmed to be preserved in two U.S. museums in good condition.

U.S. naturalist and director of the American Museum of Natural History, Roy Chapman Andrews (1884-1960), thought by some to be the real-life inspiration for Indiana Jones, visited the whaling hub Jangsaengpo in Ulsan on one of his whaling expeditions in 1912. The two whales were discovered in 1912 in the waters near Ulsan in January and June. They were transported to the United States two years later.

Park Hye-rin, a researcher with the Ulsan Whale Museum, uncovered this detail after reviewing a current exhibition at the museum on Andrews’ whaling expeditions in the Pacific Ocean.

In a 1914 essay written by Andrews on his whaling expedition in the Pacific, Andrews described the capturing of the gray whales in Korea. Andrews had a monument set up in his honor in Jangsaengpo in 2011.

Upon this discovery, Park contacted U.S. museums to trace the Korean gray whales and discovered that they were being preserved in the two museums.

The Smithsonian whale is a 12-meter-long (39-foot-long) male specimen, and its skeleton is preserved in its entirety. 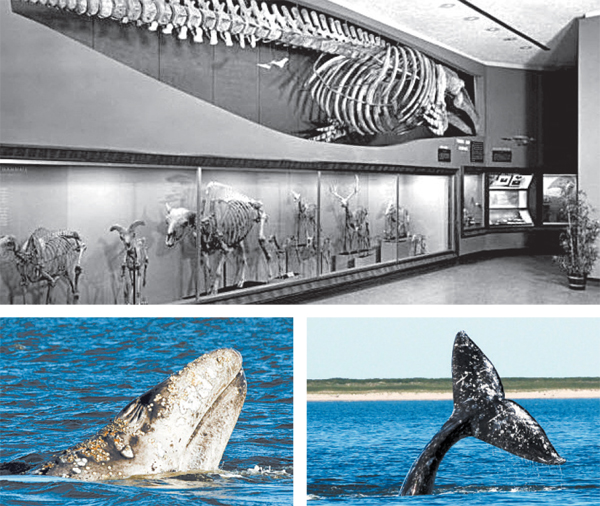 Top, a skeleton of a century-old Korean gray whale on display at the Smithsonian Institution National Museum of Natural History in Washington. Above left, a photo of a Korean gray whale, last seen in Korean seas some four decades ago, emerging from Russian waters near Sakhalin taken in 2007 by the Jangsaengpo Whale Museum, and above right, the tail of the whale. [JoongAng Ilbo]


The American Museum whale currently has not been revealed to the public but is said to have the skull and jaw bone and part of its frame intact and estimated to be around one meter long.

These whales, referred to as “gwisin gorae,” or “ghost whales,” so named because they were elusive like ghosts of the sea, were the most frequently discovered sea mammals in the East Sea in the early 20th century along with dolphins.

They can grow up to a maximum length of 16 meters long and weight of 45 tons. Their average lifespan is 50-60 years.

Between 1911 and 1933, 1,306 gray whales were caught in the Ulsan waters. But their numbers began to dwindle during the Japanese colonial rule (1910-45) due to excessive whaling.

In 1962, the Korean government designated the Ulsan seas as Natural Monument No. 126 to protect the endangered gray whales.

But just five gray whales were discovered in Korean waters the following year. The last of the gray whales found in local seas were the two spotted in 1977.

There is even a reward for anyone who finds a Korean gray whale where a local monthly magazine announced a reward of “1 million won [$924] for anyone who takes a photo of a ghost whale in Korean waters.”

In 2008, the National Fisheries Research and Development Institute likewise stated it will reward anybody who discovers the gray whale in Korean waters, but no one has claimed the prize yet.