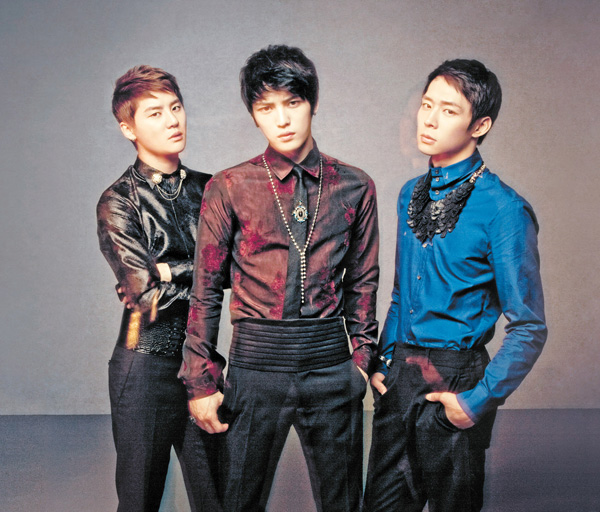 JYJ has been picked as the face to represent the 2014 Incheon Asian Games.
The Games’ committee announced Feb. 19 that the group was picked “to promote the band throughout Asia.” The fact that the trio is a major force in Asia was attributed to its selection.

“Through JYJ’s international following, we hope to make the Games known to some four billion Asians living in the continent,” said the organizing committee’s President Kim Young-soo.
The inauguration ceremony is scheduled in for Feb. 20 at Lotte Hotel in Sogong-dong, central Seoul.

The event’s committee couldn’t have picked a better Hallyu group.
Just few weeks ago, the group was picked as “The Male Band to Give Valentine’s Chocolates to” among Japanese netizens.
More than 1,000 women in their teens to 60s voted for the group; while individual members Kim Jae-joong, Kim Jun-su and Park Yu-chun also topped the individuals’ list in that order.