Su Pearls washed up ahead of debut

Su Pearls washed up ahead of debut 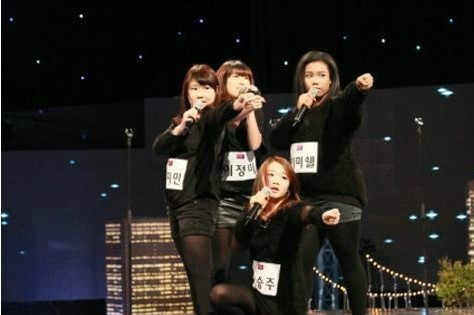 After keeping fans tense for half a year leading up to its anticipated debut, “K-pop Star” subunit Su Pearls has disbanded. Media reports began circulating Monday that the group had been dropped by YG.

The agency confirmed the details by adding that the parting of ways was considered a better move for the four girls: Lee Michelle, Lee Seung-ju, Lee Jung-mi and Lee Hi. The original project group also included Park Ji-min, but after the show in which Park was crowned winner, she signed a contract with JYP Entertainment.

Meanwhile, Lee Hi did make her debut as a soloist last year with “One, Two, Three, Four.” YG also said that it had never signed any binding contracts with the rest of the members, so it wasn’t playing foul. Netizens who were anticipating the female quartet’s debut were quick to show their disappointment online.

The group won over the public and the judges of the singing-survival show with its rendition of “The Boys” among other songs. Many are assigning the blame to YG, accusing them of pulling out because they don’t see the girls as being marketable.