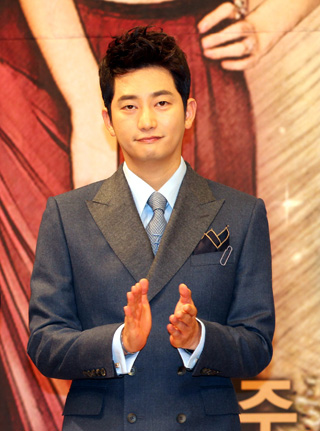 Hallyu actor Park Si-hoo has landed in hot water after an aspiring entertainer has come forward to say Park raped her.

Seobu Police said yesterday that a 22-year-old woman identified as “A” filed a complaint on Saturday claiming the 34-year-old raped her when she passed out after having spent the night drinking with him.

Since the news broke, Park’s agency has been frantically claiming his innocence.

Eyagi Entertainment said Park had “indeed met with the woman for drinks but didn’t force her into doing anything uncomfortable.” The agency said that the two had feelings for one another, and that the sexual encounter was consensual.

Park was summoned to the police station for investigation yesterday morning; however, Seobu Police announced that the investigation was postponed at the request of Park.

“Park had recruited a new lawyer, so they needed some time to get their head around the case,” said the police.