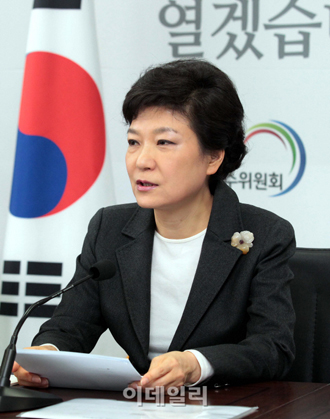 President-elect Park Geun-hye yesterday named Lee Jung-hyun, a longtime political ally, as her senior secretary for political affairs in the final batch of appointments to the Blue House.

Park completed the formation of her senior presidential secretariat by filling six positions yesterday. The announcement was made in the morning by transition team spokesman Yoon Chang-joong. 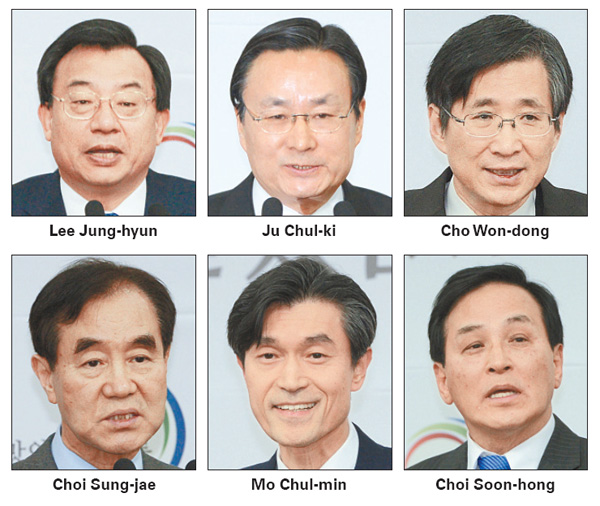 Park’s new senior secretary for political affairs, former lawmaker Lee, 55, is a politician from Gokseong, South Jeolla. He has been her ally since 2004. In the 2007 presidential primary of the Grand National Party, the predecessor of the Saenuri Party, Lee was Park’s spokesman.

He first became a lawmaker in 2008 as a proportional representative of the GNP. In the 2012 April’s legislative elections, he ran in Gwangju, a traditional stronghold of the opposition Democratic United Party, and was defeated, although he won about 40 percent of the votes.

After he was named a member of the Saenuri Party’s Supreme Council last June, he worked as the public affairs chief of Park’s presidential campaign.

After her presidential victory, Park named Lee as head of public affairs for the president-elect, making him the first political ally to join the transition team. After his appointment was announced, Lee said he wants to focus on communication. “With the president at the center, I will do my best to connect the administration, ruling party and particularly the opposition parties, civic groups and media,” he said.

Park’s foreign affairs and security senior secretary, Ju, is a 66-year-old secretary general of the Global Compact Korea Network, a UN initiative. He is a former career diplomat with more than 30 years of experience and served as ambassador to France and to Morocco. While his ability was praised highly by diplomats, he has little experience in handling affairs with the United States, China, Japan and Russia.

Senior Secretary of economic affairs Cho is currently working as the head of the Korea Institute of Public Finance. He is an elite finance official who worked in the field for more than 30 years.

“A senior secretary’s job is helping the cabinet,” Cho said yesterday after the appointment. “Based on pragmatism, I will support Park’s economic team to accomplish its intended goals.”

A native of Nonsan, South Chuncheong, the 56-year-old Cho studied economics at the Seoul National University. He served at various key posts in the Finance Ministry and is known for his expertise in macroeconomic affairs.

He served in Lee Myung-bak’s presidential transition team for state affairs planning in 2008 and as assistant finance minister from 2007 to 2008 and administrative vice minister at the Prime Minister’s Office.

With yesterday’s six appointments, Park completed the formation of a Blue House composed of 12 senior aides, including her chief of staff.

She also appointed four aides on Monday. Huh Tae-yeol, a former three-term lawmaker of the ruling party and her longtime associate, was named as the presidential chief of staff.