Getting out of poverty is now harder, study says

Getting out of poverty is now harder, study says 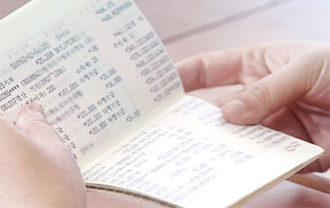 Defying the traditional belief that a good education and hard work is the key to social mobility, a recent study shows it’s becoming more and more difficult to escape poverty and ascend the social ladder.

A 38-year-old man surnamed Kim, living in Pyeongchon, Gyeonggi, has worked at an Internet business for the past two years and earns a yearly wage of 20 million won ($18,489). After you subtract tax and National Pension fees, he is left with 15 million won to support himself, his 32-year-old wife and 4-year-old son.

When he married, Kim was barely able to scrape up 100 million won in jeonse, or a lump-sum deposit, for a house. Over the past two years, he has been unable to save.

“Employment and marriage came later for me than for other people, so I fell into a kind of slump,” said Kim. “Even though I want to save a bit every month, it all gets spent.”

The Korean Institute for Health and Social Affairs said yesterday that Korea’s poverty exit rate fell from 35.4 percent in 2005 and 2006 to 31.3 percent during 2008 and 2009, according to its 2012 Korea Welfare Panel Survey report.

The survey was conducted on 5,637 households over five years.

The study defined poverty as a household that made less than 50 percent of the median income of all households participating in the survey. Poverty exit means rising above that income level.

The study concluded it was more difficult to escape poverty and that many families are sliding downward.

In the case of the households in the top 60-80 percentile in 2005, a quarter experienced drops in income over five years.

Four out of five households remained in the lowest 20 percentile over the 2005-9 period.

“In order to escape poverty, you have to set up stepping stones to secure long-term income,” said Nam Sang-ho of the Korean Institute for Health and Social Affairs who headed the research. “The best policy to combat poverty is to make more job opportunities.”