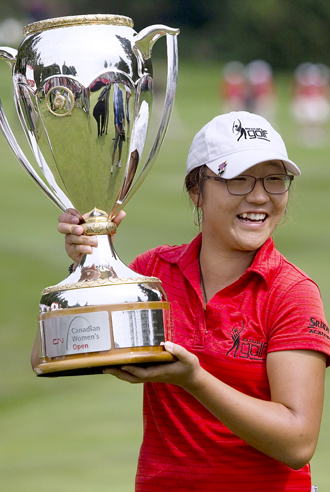 Lydia Ko returns to the LPGA this week and fans are wondering how the 15-year-old amateur golfing prodigy will apply the lessons she learned during the season-opening Australian Open last week.

The $1.5 million Honda LPGA Thailand will kick off its four-day competition at the par-72 Siam Country Club in Chonburi, Thailand today.

A total of 70 top golfers will compete for the title in the second season stop including Ko, who blew an exhilarating 10-under start to finish third in the Women’s Australian Open on Sunday.

Ko, who became the youngest amateur to ever win an LPGA event with her victory in the Canadian Open in August, sought her second LPGA win at the Royal Canberra Golf Club, but she gave into pressure and lost out to her third-round co-leader Shin Ji-yai and world No. 1 Yani Tseng with an error-ridden final round performance.

The Korean-New Zealander finished third after a 3-over par in the final round, four strokes behind Shin, who brought in an 18-under 278. Tseng finished runner-up at 16-under.

After the season opener, Ko said that she will try to build up her “psychology part.”

“I realized that after a bad hole it kind of carried onto the next hole,” Ko said during a press meeting on Sunday, according to the LPGA. “You can see Shin Ji-yai didn’t really think about what she had on one hole - the next hole was pretty fresh. So yeah, those are the kind of things I learned.”

Shin, 24, whose world ranking rose by two notches to sixth with her 11th LPGA career victory, is seeking her first back-to-back victory in seven months. She won the Kingsmill Championship right before winning the British Open in July.

It won’t be too easy, though, as Tseng, who reached the $9 million career money mark on Sunday, has shown dominant form at the Thai event in recent years. She won the same event in 2011 and 2012, and is bidding to become the first to win it three consecutive times. The 24-year-old Taiwanese also finished third in the 2010 event and tied for seventh in 2009.

World No. 2 Choi Na-yeon is also making her season debut at the Honda LPGA Thailand, along with her Korean compatriot Park In-bee, the World No. 4, who is coming off the top money-winning season last year.

Korean-American Michelle Wie, who finished runner-up to Tseng in the same event in 2011, is also making her second appearance of the season. She failed to make the cut at the Australian Open last week.