‘Taiwan, Cuba not to be feared at WBC’

‘Taiwan, Cuba not to be feared at WBC’ 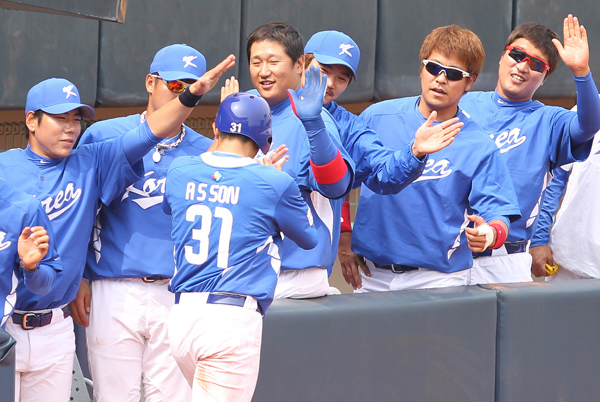 Team Korea players in the dugout congratulate Son Ah-seop (31) for scoring after he got to second base with a two-run double in the second inning against the NC Dinos at Douliou Baseball Stadium in Taiwan yesterday. Team Korea won 6-2. By Kim Min-kyu

Kim In-sik, who managed Korea at the first two WBCs in 2006 and 2009, said he has watched Taiwan and Cuba once each in practice matches. Kim, currently a technical director for the Korea Baseball Organization (KBO), admitted his sample size was small, but said he wasn’t impressed with the two countries nonetheless.

Kim noted that Cuba is a team in transition, though veterans from the first two WBCs still form the core. Outfielder Frederich Cepeda, who was tied for the lead in hits at the 2009 tournament with 12, is back for Cuba, and he is one key player to watch, Kim said.

When Cuba faced Taiwan in a practice game on Monday, Kim said he watched eight Cuban pitchers, and none made any particular impression on him. Taiwan edged out Cuba 6-5.

“I think the days when Cuban pitchers routinely reached 150 kilometers per hour (93 miles per hour) are gone,” Kim said. “They were hitting just over 140 kilometers. Their left-handers were surprisingly weak. They all seemed to have the same style of pitching, and they’re really nothing to worry about.” 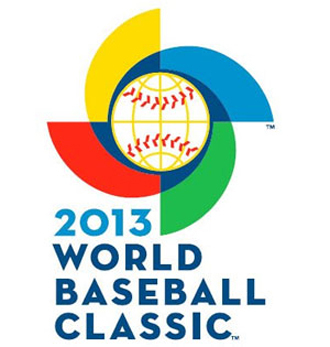 Kim said Cuba featured at least four speedsters in the lineup, and the team will likely try to capitalize on fast base running to manufacture runs.

“Taiwanese pitchers had good angles with their curves and sliders, but they were inconsistent,” Kim said. “I don’t think they’re 100 percent yet.”

Team Korea Manager Ryu Joong-il told reporters yesterday that his goal is to beat Taiwan and advance as the first place team from the Pool B. Korea will play three round-robin games in the first group competition, taking on the Netherlands on March 2, Australia on March 4 and then Taiwan on March 5.

“People say that if we beat the Netherlands and Australia, then we could slow down in the final Pool B game with Taiwan,” Ryu said. “But, I think there should be nothing like relaxing in playing a game. No matter what, we will get to the second round as the first place from the pool.”

The two best teams from the group will meet the two winners from Pool A, composed of Japan, Cuba, Brazil and China. Ryu said that the Netherlands could mount the biggest threat against Korea in Pool B and said he will start the best pitcher against them. He said a starter against the Netherlands will likely be a starter again when Korea faces Japan in the second round.

Yesterday, the Ryu squad beat the NC Dinos 6-2 in their second practice game in Taiwan, getting revenge for a 1-0 loss a day earlier to the newcomer in the KBO.

Meanwhile, the JTBC, which is the exclusive Korean broadcaster for all 39 WBC games, launched its official Web site for the baseball tournament on Tuesday.

The Korean-language Web site, (http://wbc.jtbc.co.kr), will stream all 39 games live, the broadcast channel of the JoongAng Media Network said.

For now, interviews with the Team Korea players and various video clips during training in Taiwan are posted on the Web site. The information of all 28 members of the team is also kept up to date.