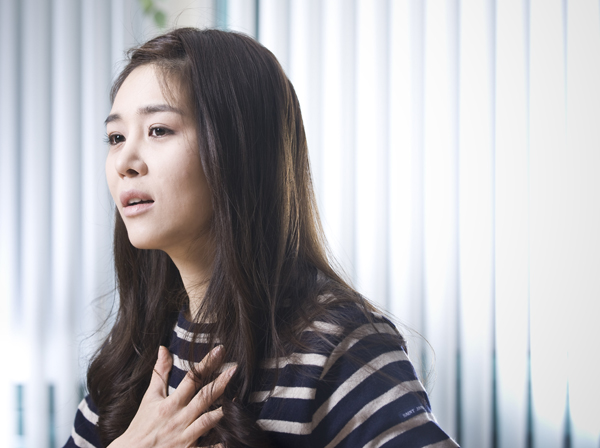 After her five-year hiatus as a singer, Oak Joo-hyun will release her first EP on Feb. 28.

Ahead of her EP, Oak also gave fans a little teaser in the form of a single titled “Hemostasis.” It was released Jan. 17 and is a fusion piece containing elements of pop, ballad, musical and classical music.

The song with the strange title draws parallels to a jilted lover in pain.

Oak made her debut with the girl group Fin.K.L in 1998 and later made a successful transition to musicals. She has spent the past few years playing the leads of local productions.

Last year, Oak was named one of the two best-selling performers for 2012 by the ticketing Web site Interpark. The other winner was JYJ’s Park Jun-su whom she acted with in “Elisabeth.” Currently she is starring in “Rebecca,” playing the role of Mrs. Danvers.