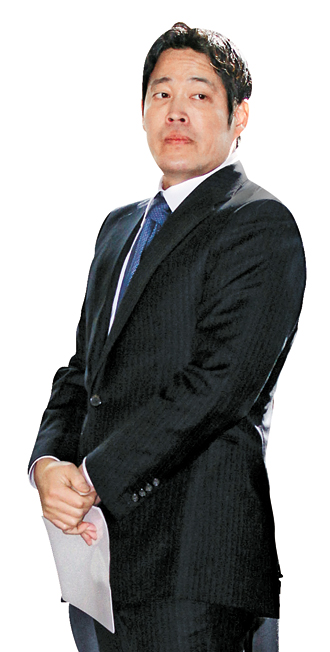 Chaebol family members wary of the incoming Park Geun-hye government’s “economic democratization” plans are shunning boards of directors of their groups in a bid to avoid responsibility for any wrongdoing.

According to a report on the Financial Supervisory Service’s Dart (data analysis, retrieval and transfer) system yesterday, Shinsegae Group Vice Chairman Chung Yong-jin will step down from the boards of Shinsegae and E-Mart, the group’s retail unit. Shinsegae will get three new board members, while E-Mart will have two.

Chung is currently under investigation on allegations of inappropriate intervention in transactions with a group affiliate.

According to the group, the vice chairman will focus more on investments and new businesses, rather than day-to-day affairs.

However, market watchers say Chung’s decision to leave the boards is seen as an attempt to avoid growing pressure on conglomerates owned by chaebol families by the incoming Park administration.

“It seems like the vice chairman gave up the position because it would be burdensome to have the responsibility of management while being questioned by prosecutors,” said an industry insider.

Chung was summoned by prosecutors on Feb. 5 to be questioned about ordering that preference be given to SVN, a bakery subsidiary of the group, through such unfair methods imposing lower commissions on the unit for the past four years. The parent company offered about 6.2 billion won worth of benefits for the affiliate since 2009, according to prosecutors.

The vice chairman was allegedly in charge of the bakery business, but he denied the charges, saying the bakery unit is so small that it doesn’t affect the group’s profitability, the prosecutors said.

The Seoul Office of the Ministry of Employment and Labor searched 13 branches of E-Mart, including the headquarters, on Feb. 7 and seized documents related to allegations of unfair labor practices at the nation’s largest retailer.

In January, a handful of civil groups reported to the Seoul office that the top management of Shinsegae and E-Mart, including Chung, secretly collected the private information of employees who joined E-Mart’s trade union since 2004 and fired them.

“Like SK Group, which replaced the position of jailed chairman Chey Tae-won with Kim Chang-geun, CEO of SK Chemicals, Shinsegae is taking a similar step to empower CEOs and other executives of its subsidiaries while letting Chung take one step backward from frontline management due to the prosecutors’ investigation,” said an official at the Federation of Korean Industries.

Samsung Electronics’ Jay Y. Lee, heir-apparent of the country’s biggest conglomerate, has avoided nomination as a member of the board. Being a board member means taking greater responsibility for the group.

Samsung Electronics also decided last week to empower four professional CEOs of major divisions by nominating them as members of the company’s board of directors in a bid to enhance their management roles rather than that of the son of chairman Lee Kun-hee.

Analysts say the latest Samsung board nominations may have been influenced by public criticism of Samsung regarding the leakage of highly toxic hydrofluoric acid, which can damage the lungs, bones and nervous system, from its memory chip plant in Hwaseong, Gyeonggi. The January accident killed one worker and injured four others at Samsung’s subcontractor. Samsung has only been accused of failing to report the leak to authorities promptly and trying to covering up the incident.