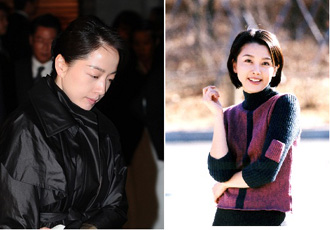 An Incheon court found 47 parents guilty of forging official documents such as passports so they can enroll their children in foreigner-only schools, embarrassing the country’s upper class.

The Incheon District Court sentenced all 47 parents, who were indicted last November by prosecutors on charges of forging official documents without physical detention, to prison terms of between six to 10 months with a two-year suspended term.

The court also ordered them to serve up to 200 hours of community service in two separate verdicts given Tuesday and yesterday.

“The unlawful practices committed by the upper class have caused disharmony among a majority of people here who value their Korean nationality and equal educational opportunities,” said the court in deliberation.

Among the convicted parents include the wife of a nephew of Prime Minister Kim Hwang-sik surnamed Park.

Park was accused of paying a broker to procure a fake Guatemalan passport. Prominent family members connected to major conglomerates were also among the guilty.

To be enrolled in an international school, a student has to be non-Korean, or to have at least one foreign parent.

Korean students who have spent over three years living abroad are also eligible.

The accused parents hired brokers who fabricated official passports or citizenship documents to get their children into international schools.

Some parents went to Central or South American countries, such as Guatemala, for several days and through the brokers filled out citizenship applications there.

The three busted brokers were sentenced to prison terms up to two years and six months on Tuesday.

The prosecutors also indicated they are planning to summon two high-profile figures linked to the unlawful admission practice.

Former news announcer Noh Hyun-jung, who married a grandson of the late Hyundai Group founder Chung Ju-yung, will be questioned about her child’s enrollment at an international school.

Park Sang-ah, the 1990s TV star who appeared in hit dramas and is now a daughter-in-law of former President Chun Doo Hwan, will also be called in for questioning.

Both Noh and Park’s children were reportedly transferred to other schools after the crackdown began last year.

“A former TV star who is now a daughter-in-law of Chun Doo Hwan and a news announcer-turned-daughter-in-law of the Hyundai chaebol are discovered to have faked passports to get their children into international schools. Do they lack a sense of noblesse oblige?” renowned former lawmaker Park Chan-jong wrote on Twitter.