Former chief of police sent to jail for Roh remarks

Former chief of police sent to jail for Roh remarks 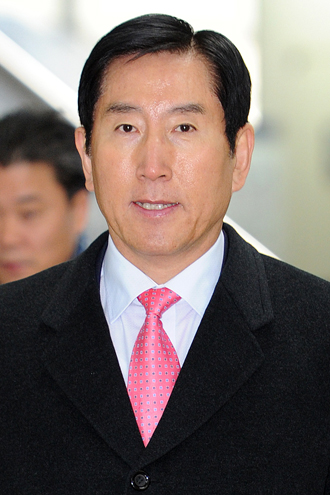 The Seoul Central District Court headed by Judge Lee Seong-ho yesterday sentenced the former police chief to 10 months in prison, stating that he is accountable for making defamatory remarks against the late president to the public as a high-ranking government official.

Cho was imprisoned immediately after the court handed down the verdict.

In a lecture he made to 460 police officers in March 2010, when he was the chief of the Seoul Metropolitan Police Agency, Cho said “Former President Roh jumped off a cliff because a large slush fund was found from bank accounts that were opened under borrowed names a day before he killed himself.”

Roh and his family were under intense pressure from prosecutors investigating bribes involving Park Yeon-cha, a Busan-based businessman and close Roh supporter.

After the comment was reported by the media, Kwon and the Roh Moo-hyun Foundation filed a lawsuit against Cho, stating that he defamed Roh and his family with false information.

He was indicted by prosecutors in September last year.

“Cho claimed that the four bank accounts that were opened under two former Blue House officials’ names are actually accounts for Roh’s slush fund, but we judge that they do not belong to Roh when we checked the bank statements,” Judge Lee said in the ruling.

“Only millions of won was found in the bank accounts.”

The court said Cho is guilty of making out-of-line defamatory remarks as chief of a police agency that has great social influence over hundreds of people.

“Cho claimed that he heard such intelligence from reliable sources but refused to identify who the sources are,” the court said.

Cho immediately filed an appeal against the decision.