Taekwondo to get a facelift to stay relevant

Taekwondo to get a facelift to stay relevant 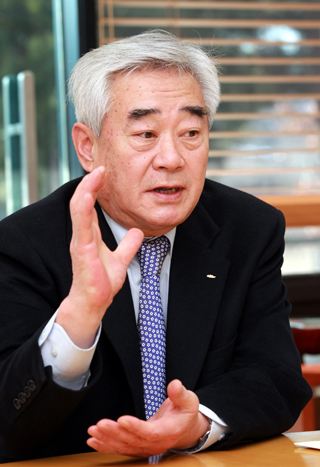 Taekwondo will become more refined and interesting to ensure its longevity as an Olympic sport, according to the head of the world’s governing body of taekwondo.

At an interview held at the Seoul-based World Taekwondo Federation on Wednesday, the group’s president, Choue Chung-won, welcomed the recent vote by the International Olympic Committee’s executive board to retain taekwondo as one of the 25 core summer sports for the 2020 Olympics. Choue, however, stressed more will be done to maintain its Olympic membership beyond the 2020 event.

Taekwondo has long faced the threat of elimination due to criticism that the sport was boring, with monotonous combat rules and lacked clear rules for judging the winner. In response to that, the Choue-led WTF created a reform committee in October 2004 to come up with solutions.

Some noticeable changes were presented in the London Olympics last year, such as the introduction of the electronic scoring system, instant video replay and diversification of the scoring system.

Q. How did you feel when you heard the IOC executive board’s vote to retain taekwondo at the Olympics?

A. I was so numb that I couldn’t instantly respond to the joyous news. I considered the people that I worked and sweated with, so it was a mixed feeling. Only when I received congratulatory messages from hundreds of people by phone or e-mail was I be able to keep a smile on my face. I called all of the 34 members of the WTF council the next day of the IOC meeting and thanked them for their efforts.

What is the secret to taekwondo avoiding being eliminated from the Olympics?

We haven’t responded vis-a-vis to the concerns and criticism placed upon taekwondo. Instead, we quietly pushed forward with change and reform, with a resolve to present a different taekwondo at the London Olympics. Indeed, the London Olympics served as a stage to answer undue prejudice against taekwondo.


Does the IOC’s executive board’s vote mean that taekwondo will stay in the Olympics indefinitely?

How can taekwondo’s status as a global sport be enhanced?

Taekwondo as a sport should be transformed into a more dynamic one. It should be more interesting and lively.

How do you hope taekwondo will be changed?

Our goal is to ensure more fairness and fun. We have established a cooperative framework with the Swiss Federal Institute of Technology of Lausanne, which is equipped with the best technological prowess in Europe, to improve the accuracy of the electronic protector [that scores blows received.] We are planning to attach a censor on the headgear as well and change the rectangular arena into the octagonal one to make it a more attack-focused sport. We are also working on ways to increase the use of fists in competition. At the same time, we are doing research to improve the uniform by changing colors and materials.

What is your new priority as the head of the WTF?

I feel proud for having contributed to a variety of positive changes brought upon under my leadership. An urgent task is of course to foster taekwondo into a discipline that gets the spotlight on the Olympic stage.