Dong-won to star with Min-a

Dong-won to star with Min-a 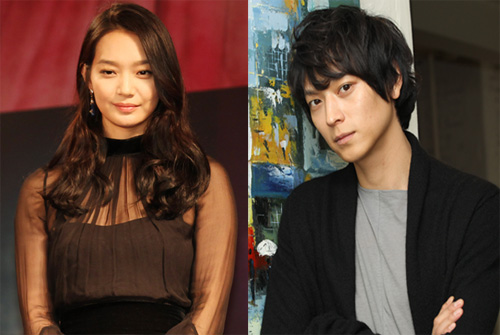 Actor Kang Dong-won and actress Shin Min-a are set to pair up for Kim Jee-woon’s upcoming short film “Hide and Seek” (working title). Fans and media have been paying close attention as the A-list pair has never worked together.

The short revolves around a secretive man known as X (Kang) who carries mysterious stuff with him. Shin Min-a will take up the role of his girlfriend Mi-a.

The project is part of a promotion for new theater technology “Screen X” developed by the multiplex franchise CGV and will not be commercially released in theaters. The new technology features a dome-like multiprojection so the audience is able to watch a film from all sides.

Newbie star Lee Som co-stars as X’s handler, named Fingers. The short action-thriller will premier in the first half of this year after one month of shooting.

In a phone call with TV Daily, Kang’s agency said that Kang has confirmed he will star in the upcoming movie “Hide and Seek” before “Band of Thieves.” Production is scheduled to end before March.