Godfather of judo takes over KOC

Godfather of judo takes over KOC 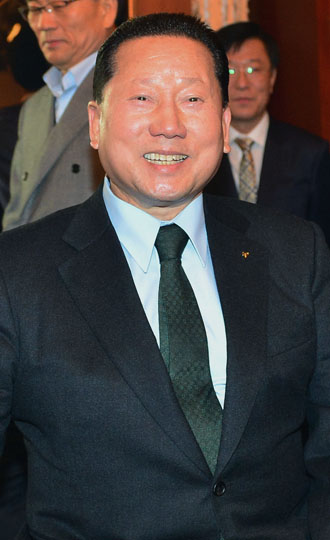 Kim Jung-haeng, the Godfather of Korean judo and president of Yongin University, was elected as the 38th president of the Korean Olympic Committee (KOC) yesterday.

In the election held in Olympic Parktel in Songpa District, southern Seoul, Kim, 69, earned 28 out of 54 valid votes cast by KOC delegates, beating rival Lee Elisa, 58, a former table tennis world champion and a ruling Saenuri party lawmaker who tried to be the first female KOC president. She earned 25 votes. Out of 58 delegates, 54 voted and one abstained.

Succeeding Park Yong-sung, the KOC chief since 2009 who recently decided not to run for reelection due to health problems, Kim will manage the country’s Olympic committee until February 2017.

“I will put my heart and soul into making great advances for Korea’s athletic system,” Kim said. “I will strengthen the financial condition of the committee and try to increase the competitiveness of Korean athletes.”

Kim, a silver medalist at the 1967 Tokyo Universiade in Judo, has served six terms as head of the Korea Judo Association since 1995, led the Korean teams to the 1998 Asian Games in Bangkok and 2008 Beijing Olympics, and also worked as a vice president of the KOC for the last 16 years.

Lee, who is a lawmaker and a Yongin University professor, served as the head coach of Korean national table tennis team and the chairman of the Taereung National Training Center, but could not defeat Kim, who has wider personal networks in athletic circles.

“I will try to improve welfare benefits for athletes in cooperation with the government and also try to host many international athletic events,” Kim told reporters. “Since the new administration will be formed for the country very soon, I will also try to make athletic exchange between the country and North Korea.”