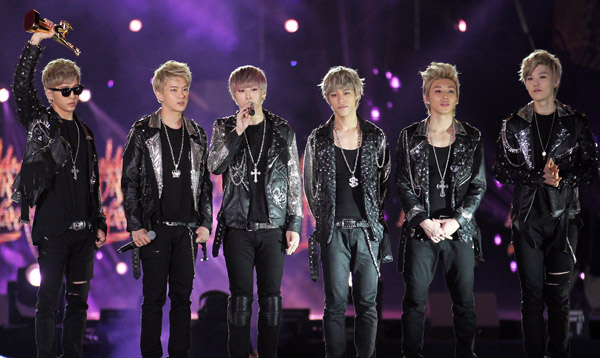 According to the updated chart for the week of March 2, B.A.P’s second album hit No.1 as soon as it appeared.

“One Shot” had been listed on the iTunes Store Top 10 Hip-Hop Albums in 11 countries, including the United States.

It also ranked 24th on Heatseekers, another Billboard chart, which evaluates the prospects of new bands.

Meanwhile in Korea, the rookie group is set to hold a concert titled “B.A.P Live on Earth Seoul” at Olympic Park, southern Seoul, today and tomorrow. “Now, a great number of eager fans from other countries like Japan, China and America are coming to Korea for the concert,” said TJ Entertainment.