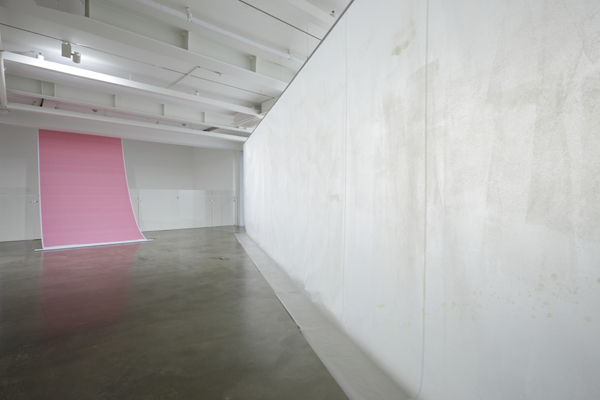 A giant scroll, 22 meters (72 feet) long and 1.8 meters wide, hangs from the ceiling of a mezzanine in SongEun Art Space, southern Seoul. The scroll seems to be painted pink, but a closer look reveals that it is covered in magenta ink with the word “pig” repeated along with numbers from 1 to 3.32 million. What does it mean?

The scroll, a work by 40-year-old artist Choi Sun, is a “visualization of 3.32 million pigs buried alive in a move to stop the spread of foot-and-mouth disease from late 2010 to 2011,” explained Kim Soo-hyun, project manager for SongEun’s exhibitions.

“We know 3.32 million is a huge number, but we fail to feel in earnest how big it is,” she said. “Seeing that the scroll is so long even with only the word ‘pig’ and the numbers, we can now feel how many pigs were cruelly slaughtered by humans.”

With the work “Magenta Scroll” and others, Choi won the 12th SongEun Art Award grand Prize in January. 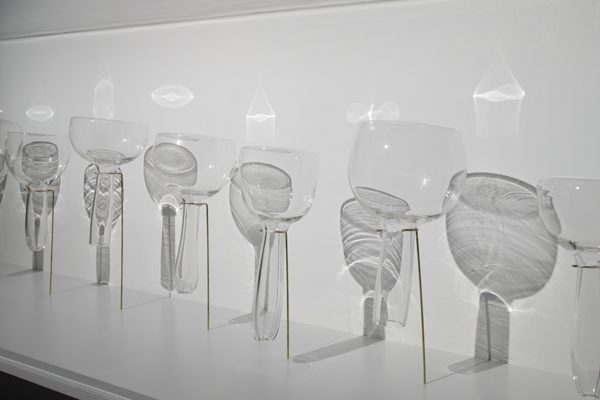 Pieces by three other finalists for the prize are also on display at the SongEun Art Award exhibition running through Thursday.

Among them are Yoon Bo-hyun, a trained glass artist who shows his interest in the qualities of the material such as transparency, distortion of light and the sounds it makes, with his work and videos.