A clear look at Scientology and its believers

A clear look at Scientology and its believers 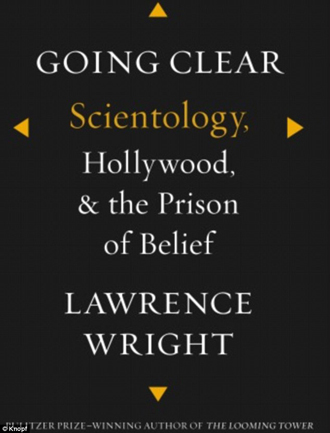 Pulitzer Prize winner Lawrence Wright’s new book about Scientology, its origins, its evolution and its believers, is a powerful piece of reportage. It is detailed, intense and at times shocking. But it’s not merely an indictment of one of the world’s newest faiths - Scientologists deny many parts of the book - it’s also a reminder of the dangers of combining faith with fear, and the foolishness of choosing to believe anything blindly.

“Going Clear: Scientology, Hollywood, & the Prison of Belief’’ traces Scientology’s history through a variety of characters, the most important being L. Ron Hubbard, the seafaring world explorer and prolific science fiction writer who founded the religion. Also explored in depth are the present leader of the church, David Miscavige, who is described as a violent autocrat; Tom Cruise, the religion’s most famous adherent and prime example of Scientology’s fixation on Hollywood; and Paul Haggis, the filmmaker who has become a very prominent ex-Scientologist.

Using those characters and many others, the book by Wright, a staff writer for the New Yorker, delves into Scientology’s beliefs, from the existence 75 million years ago of Xenu, the tyrannical alien overlord of what was called the Galactic Confederacy, to the evils of the psychiatric profession, to the notion that human bodies are simply vessels for “thetans’’ - immortal soul-like entities, some types of which need to be expelled through a (very expensive) process called auditing.

It goes on to describe how the church has evolved, amassing extraordinary wealth and numerous properties, as well as a foothold in Hollywood. It also describes the punishments that face Scientologists who, in ways big and small, deviate from or question the faith, including assignment to manual labor in what appear to be re-education camps. And yet, the true believers stay of their own accord.

“Going Clear’’ is a carefully written account, detached and with little sense of outrage apparent from the author’s point of view. It’s clear, too, that it was given a thorough look by lawyers, in no small part because Scientologists have a history of aggressive litigiousness toward critics and others who question their church.

But that step-by-step, cautious approach adds to the book’s value. Wright obviously understands that letting his findings speak for themselves is enough. If the church had cooperated more, perhaps even admitting a few excesses instead of issuing standard denials to every negative thing, the book might have been somewhat different.

But even that is questionable because so many Scientologists simply seem to see things differently than outsiders. To them it might make perfect sense to sign a billion-year contract of servitude or to simply blame themselves when the leader of their church beats them up. And as Wright points out, all faiths have elements that might seem absurd to outsiders, from virgin births to self-flagellation to the very belief in a god.

The question is, as a member of a religion, are you free to leave, or is there compulsion to stay? Is it free faith or is it forced faith?

With Scientology, Wright documents that leaving is not only a psychologically difficult thing to do (for many believers it means the loss of contact with virtually all friends and family), but even at times a physically difficult thing, as teams are willing to track you down wherever you go to try to “persuade’’ you to return.

Another aspect of Scientology that comes across as troubling is many adherents’ tendency to avoid investigating elements of the religion, even when something arises that troubles them. Many simply prefer to believe that the critics are motivated by nefarious reasons or are part of a plot by psychiatrists and others deemed enemies of Scientology. As more people defect from Scientology and more information proliferates on the Internet, it will be fascinating to see how the church adjusts.

Hubbard, the endlessly interesting founder of Scientology, wrote, “If it is not true for you, it isn’t true.’’ That may help explain the reluctance Scientologists who find strength in their religion have in examining it too closely. So although plenty of Scientologists have already criticized “Going Clear’’ as a false representation of their faith, one has to wonder if they’ve actually read the book.