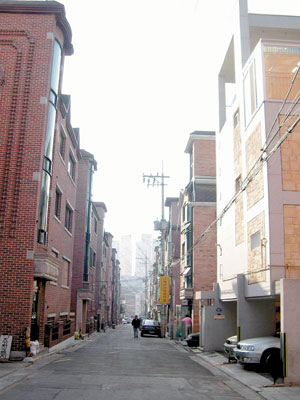 A quarter of Korea’s indebted households use loans to pay for daily necessities and living expenses, according to a Bank of Korea report on the rising tide of consumer debt.

And with the majority of households indebted to financial institutions, the report says many are expected to have trouble repaying even the principal.

Among those with debts at financial institutions, 46.9 percent borrowed to either buy a home (34.3 percent) or pay rent (12.6 percent). Loans for business purposes accounted for 12.2 percent.

Most alarming was the fact that more people are taking out loans for the sole purpose of getting by day-to-day.

Last year, 30 percent of the indebted households took out new loans or extended existing ones, and 31.4 percent of those did so to cover daily living expenses.

The central bank report shows many borrowers headed to financial companies other than commercial banks and paid higher interest rates.

Among households with debts, 45.4 percent went to mutual savings banks, credit unions, insurance companies and private lenders after being rejected by commercial banks, while 25.5 percent borrowed from friends or family members.

The study also showed that 58.9 percent of household debtors were having difficulty paying their principal. About 18 percent had at least one late payment; 4.7 percent had four or more.

The biggest reason for late payments was reduced income (34.3 percent) followed by the increasing cost of living (23.8 percent).

The situation is likely to get worse, with an estimated 62.3 percent of households expected to have late payments this year.

However, there is a silver lining in the report.

The number of households considered to have excessive debt shrunk compared to the past few years. Such households are those whose debt exceeds 40 percent of total income, and last year they accounted for 13 percent of indebted households, compared with 17.6 percent in 2010 and 14.5 percent in 2009. The study was not conducted in 2011.

“In recent years, not only has disposable income increased but the loan interest burden has eased thanks to the loose monetary policy,” said a BOK official.