“Stoker” delves into a mysterious relationship between a teenage girl, her mother and uncle. Provided by Fox Searchlight Pictures

Even well before its release, Park Chan-wook’s upcoming English-language debut “Stoker” created a whirlwind of speculation about a link to vampire elements (Bram Stoker, who wrote “Dracula”) and its gruesome, Hitchcockian plot.

Korean cinemagoers will now be able to offer their own judgment as “Stoker” is slated to hit theaters nationwide tomorrow.

But despite the buzz surrounding his latest movie, Park emphasized that the centerpiece of his film is an 18-year-old girl’s coming of age.

“The movie is about India who is in the transition to adulthood,” the 49-year-old director told the Korea JoongAng Daily. 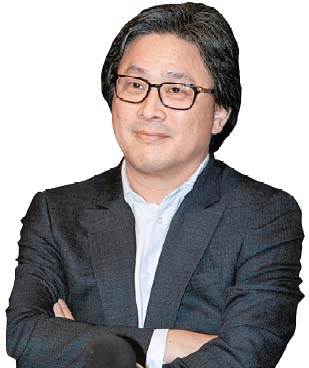 “My daughter is 18 years old. Whenever you see teenage girls, you notice that there is something about them you cannot quite figure out - a mystery. You sense that she’s troubled, but you cannot figure out what it is. It’s hard to put into words, but it’s some kind of a mystery.

“You might ask, ‘What’s bugging you?’ because you can’t work it out. But she never tells you. That’s a teenage girl - harboring feelings that they will never reveal to adults.”

A Hollywood debut seems like a natural progression for the director, whose 2003 hit “Oldboy” grabbed attention and made him known abroad.

Written by actor-turned-screenwriter Wentworth Miller (star of “Prison Break”) and co-produced by Ridley Scott and the late Tony Scott, “Stoker” centers around teenager India (Mia Wasikowska) and her volatile mother Evelyn (Nicole Kidman). The story unfolds as the girl’s father (Dermot Mulroney) dies in a car accident. His presence is replaced by the enigmatic yet charming Uncle Charlie (Matthew Goode), who moves in with India and her mother.

India learns that the newcomer has insidious intentions and dark family secrets, but she is attracted to him nonetheless.

Miller’s script was on the 2010 “Black List” of the 10 best screenplays making the rounds in Hollywood but yet to be produced.

But Park said he changed the original a lot to highlight India’s coming-of-age tale.

“I used crosscutting a lot to put past and present together. Sometimes, there are fairy-tale like moments that also help portray India’s emotions,” he said. “I spared no effort because displaying her story was really important to the film.”

The participation of music director Clint Mansell, who was behind the soundtrack for “Black Swan”(2010), also fueled more interest.

But he did not take up any offers until “Stoker” came along, as he said the calm yet explosive script appealed to him.

“The reason why I chose the script is that the whole plot is complicated but goes along in a calm way,” he explained.

After its domestic release tomorrow, “Stoker” will open on March 1 in the United States in a limited release.