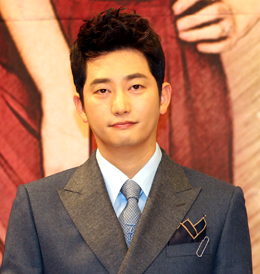 A sexual assault case implicating popular actor Park Si-hoo took another turn yesterday as the outcome of a drug test of the alleged victim was negative, counter to her claim that Park drugged and then raped her.

The aspiring actress has insisted that she lost consciousness even though she only had a few shots of soju, which is far below her drinking capacity, and was then sexually assaulted by the 35-year-old actor.

The National Forensic Service reported yesterday that, following its forensic analysis of the victim’s blood and hair, no traces of drugs were found.

The latest finding by the forensic service body is expected to help the defense team for Park, who recently rose to fame in the drama “Alice in Cheongdam-dong.”

Park’s defense team earlier requested the sexual assault case be transferred from Seoul’s Seobu Police Precinct to the Gangnam precinct, citing a series of unsubstantiated details about the case being leaked to the media.

“From the beginning, the details of the investigation were reported to the media without any filtering or confirmation,” the law firm Purme, representing the actor, said in a statement released Monday.

Park failed to show up before the Seobu Police Precinct three times and requested the Seoul Metropolitan Police Agency transfer the case to the Gangnam police.

The metropolitan agency turned down the request yesterday.

The Seobu investigators notified Park to come in for questioning on Friday and said they would consider filing an arrest warrant if the actor refuses to come in again.

The reputation-shattering scandal for the Hallyu star began when the 22-year-old victim, whose identity is being withheld by authorities, filed rape allegations against Park on Feb. 19.

The assault case since then has swirled into a battle of counter-arguments between the alleged victim and Park.

The alleged victim has insisted Park raped her while she lost consciousness. The actor claims they had consensual sex.

The allegation made by the victim’s friend in an interview with the local weekly Ilyo Seoul caused another headache for Park’s legal team.

The friend, whose identity has also been undisclosed, alleged that Park and his friend sexually assaulted her friend at the same time. Park’s defense team denied the charge.

Park’s legal team claimed the alleged victim demanded a huge sum of settlement money in return for dropping the case.

The alleged victim reportedly countered the claim, saying she would not have filed a police report if she solely sought settlement money.