Former Team Korea manager reflects on WBCs of the past

Former Team Korea manager reflects on WBCs of the past 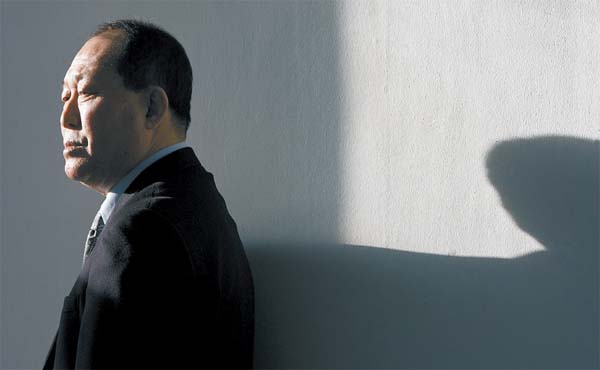 With the 2013 World Baseball Classic (WBC) only three days away, Kim In-sik, the technical director of the Korea Baseball Organization (KBO), is on tenterhooks.

“It’s the same as when I was a coach. I feel anxious, but still excited,” said the 66-year-old director.

Kim embodies the country’s history in the WBC. He managed Team Korea in its first two WBC campaigns, in 2006 and 2009. The national team reached the semifinals in 2006 and was runner-up to Japan in 2009. Kim played a key role in creating the teams and bringing out the best in the players.

Samsung Lions manager Ryu Joong-il is at the helm of the team this time, and Kim is left to cheer them on. The JoongAng Ilbo met up with Kim to discuss what he expects from this year’s WBC and what he thinks about the national team’s past performances.

Q. You’ve participated in the WBC as a manager but this time, you’re a director. Do you find your new role more comfortable, with less pressure?

A. Not at all. The team of 28 players isn’t that competitive this time. I pity Ryu. We knew star players like Ryu Hyun-jin and Choo Shin-soo wouldn’t be able to participate, but other experienced stars have also dropped out of the WBC roster.

A total of seven players have been changed since the roster of 28 players was announced in November.

Still, we should trust our team. If we manage to keep doing what we’ve done, there’s a chance that we can defeat Cuba and Japan in the second round. I think that the Korean team has gotten lucky with the match schedule as well.

In the past, the Korean baseball team was underestimated.

Yes, we took part in the first WBC without really thinking about the significance attached to it. Many fans keep a close eye on the match with Japan but as a manger, I was more concerned about the games with the United States and Mexico, whose players mostly came from the Major League. At the same time, I was looking forward to competing with world-class players. The opposite teams were full of big names and star players, but we beat Mexico 2-1 and the United States 7-3.

When Lee Seung-yeop hit a home run and Choi Hee-seop went on to smack another in the match with the United States, I saw a chance of winning.

The team always appears to be in high spirits, even when it was widely considered an underdog.

In the first round with Japan in the 2006 WBC, Lee Seung-yeop approached me and asked, “Can I get some pocket money if I hit a home run?” I was baffled because he’s not the kind of person who would ask something like that. I just said, “Do your best.” Then he said, “Please give me $200 if I make it,” specifying the amount of money.

My annual income was around 200 million won, and the two of them get paid more than I do. But, thinking that I was older than the players, I enjoyed the moment. This kind of atmosphere seemed to raise the morale of the team.

The team has been beaten by Japan in previous WBCs.

That indicates that our pitching strength falls behind that of Japan. The Korean team led the game throughout the tournament but lost in the last minutes. People here are sensitive to any competition with Japan. We were so depressed and sorry when we returned to Korea. But even though we were down, there was a throng of reporters celebrating and requesting interviews. I heard a Korean-American person say, “I’m happy because of baseball.” That was the moment that I thought we did something great.

Many observers say that the Korean team’s strong point is that it’s so collaborative.

Yes. We know each other really well because there are only a few members. Korea only had eight professional teams until last year and almost everyone knows each other.

For example, even if Seung-yeop isn’t playing well but the manager keeps him in the game, no one would complain because the other players trust him. Such strong trust helps foster a stronger team. By contrast, many other team members [from other countries] think they’re the best.

You resigned as the manager of the Hanwha Eagles in 2009.

The timing of the WBC competition overlaps with domestic baseball teams’ spring camps and trial matches. The absence during that critical period would only be a burden to the domestic team.

Hanwha finished last in 2009. I failed to renew my contract, but I don’t regret it. I was just unfortunate. Players like Kim Tae-kyun and Lee Bum-ho got injuries at the beginning of the season. The team was inherently weak as well.

Does that mean that a great leader shouldn’t sweat the small stuff?

It would sound high-minded to put it like that. The requirements of a good leader are just like those of a good doctor. It’s not enough to diagnose the disease. The doctor should treat the illness so the patient can recover.

Everyone knows the weak points of each player. The key role of the leader is to help overcome them. This is a technical matter.

The more important task is to keep the players motivated. When I went to middle school, manager Park Ji-wan always bought us jjajangmyeon [noodles in black bean sauce] when he got paid. At the time, I thought he was getting some money to treat us with and that’s why he was buying us the food.

But, looking back, he was trying to offer some comfort with it. We know that he wasn’t getting paid that much money. He just wanted to take care of us with all his heart. That’s the quality a great leader should have.