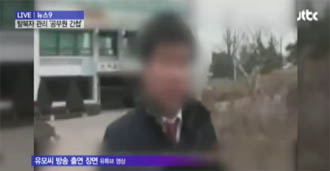 Prosecutors indicted a man who defected from North Korea and later became an official at the Seoul city government with detention for handing over the personal information of 200 North defectors living in the city to Pyongyang.

The Seoul Central District Prosecutors’ Office said yesterday they have indicted a 33-year-old official surnamed Yu from the division of North Korea Defector Support under the Seoul Metropolitan Government for violating the country’s National Security Law.

On Jan. 21, the municipal government said the National Intelligence Service arrested Yu on Jan. 11 and the prosecution has been investigating him since then.

According to the prosecution, Yu graduated from a three-year medical school in the North and worked at a government medical institution.

It said Yu is an ethnic Chinese from the North and also cooperated with Pyongyang to transfer money abroad, including into China.

After he moved to China in 2004, he disguised himself as a North Korean defector and eventually came to Seoul. He graduated from Yonsei University in 2007 and then he became a contract-based official with the city government.

Since he came to the South, Yu illegally went to Pyongyang via China five times, but was recruited by the North Korean military to work for them in May 2006 after being caught when he went to the North for his mother’s funeral.

After they caught him, the North forced Yu to work for them by threatening to punish his family if he didn’t comply. The North told him to collect intelligence about defectors in Seoul and Yu gave Pyongyang the personal profiles of about 200 defectors on three different occasions through his sister there.

The prosecutors said he collected about 50 to 60 defectors’ information while he worked in the city government and collected the remaining profiles when he worked for several organizations dealing with defectors.

The prosecutors said they discovered Yu after they found his sister Yu who was posing as a North Korean defector and entered the South in October last year. The sister testified that she received intelligence about Seoul from her brother.

Typically, when a North Korean defector comes to the South, he or she is sent to an interrogation center by the National Intelligence Service, South’s chief spy agency.

If the interrogators judge the defector is not a spy agent, they send him or her to the Hanawon, a state-run resettlement center in Anseong, Gyeonggi, to educate defectors on how to adjust in the country for 12 weeks.

“The North has recently being sending a diverse range of agents rather than sending elite spies and even uses those agents’ family members to successfully accomplish their goals,” a spokesman of the prosecution said.