Football teams set to kick off a new season

Football teams set to kick off a new season 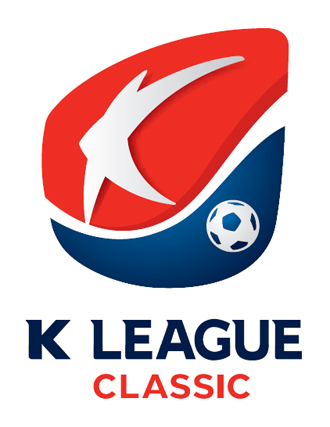 The Jeonbuk Motors is hoping history will repeat itself.

The Motors relinquished its title as champions of Korea’s top league to FC Seoul in 2010 but battled back the next year to snatch it back.

Ending up runners-up to Seoul last year, the Motors is confident that it’ll once again be able to dethrone its rivals.

Many in the know say that its roster outshines all the other teams in the 14-team league, even the defending champions.

The newly renamed K League Classic will kick off its 2013 season on Saturday, and a majority of the coaches have fingered the Motors as the most threatening side this year.

On the defensive side, the Motors brought in national team defender Jung In-whan, who moved along with two other Incheon teammates, Lee Kyu-ro, a defender, and Jeong Hyuk, a defensive midfielder.

FC Seoul has made few changes to its lineup and will continue to depend on its “Demolition Duo” of Montenegrin striker Dejan Damjanovic and Colombian midfielder Mauricio Uribe, who’s called Molina here.

Jung Jo-gook, a forward who scored four times last season, departed to join the National Police Agency for his military service. Park Hee-seong, a member of the semifinalist team at the 2010 Guangzhou Asian Games, was called in to fill the vacuum.

The Suwon Bluewings, who brought in North Korean national team striker Jong Tae-se, could also contend for the title.

So could Ulsan Hyundai, the winner of the 2012 Asian Football Confederation Champions League, although no Korean club has ever won the local league right after winning the AFC.

Incheon United, a longtime minnow, hopes to buck the trend with returning World Cup star Lee Chun-soo. Lee is returning to the league after a ban on him was lifted. The penalty was put in place in 2009 when he tried to seek a spot abroad without first getting approval from his then-team, the Chunnam Dragons (see photo, left).

For the first time its 30 years, the league will have a two-division system this year. With the Sangju Sangmu Phoenix and Gwangju FC, the two worst teams from last season, being relegated, a total of 14 teams will battle to stay in the top-tier K League Classic.

The newly created lower division, which inherited the K-League name, will feature eight teams. The inaugural winner of the K-League will play against the 12th place team in the K League Classic for the right to move up to the top division.

Over the course of nine months, the K League Classic will have 38 games per team (266 games in total) between March 2 and Dec. 1.

Records will be broken this season, including that for most assists, which is currently held by Shin Tae-yong, the former Sungnam Chunma coach. Shin had 68 assists over 401 games before ending his 13-year career as a player in 2005.

Lee Dong-gook, the all-time leading scorer, will make his record harder to beat. Lee’s marker of 141 goals from 318 games is being chased by Damjanovic, who has 122. Kim Eun-jung has 119.

Kim Byung-ji, who moved from Gyeongnam to the Dragons, will expand on his record for most games played. The former national goalkeeper has played in 605 games so far. Next on the list is Kim Gi-dong, a midfielder, who played in 501 games before he retired from the Pohang Steelers after the 2011 season.

Choi Eun-sung, a Jeonbuk goalie, is expected to join the two Kims in the 500-game club. He has played 498 games so far.