Jennifer Lawrence attire up for sale

Jennifer Lawrence attire up for sale 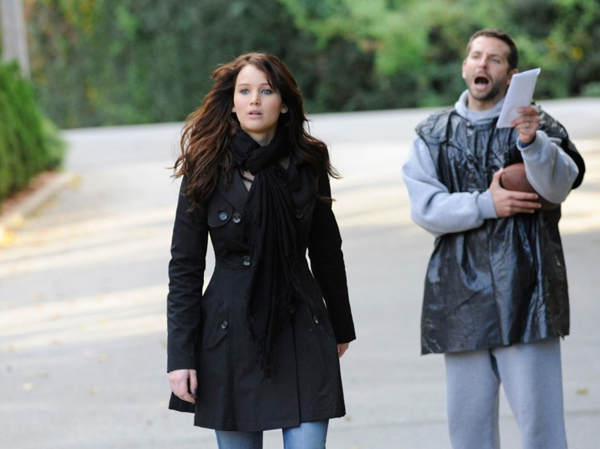 LOS ANGELES - Clothing worn by Jennifer Lawrence in her Oscar-winning role as an outspoken young widow in comedy “Silver Linings Playbook” went up for auction on Tuesday, just two days after the Academy Awards ceremony.

Memorabilia dealer Nate D. Sanders put the skin-tight white dance pants, winter coat and sports bra Lawrence wore in the film up for sale in the online auction that will end on Thursday.

The items are expected to fetch between $500 and $1,500 following the 22-year-old’s Best Actress win on Sunday.

“She’s now on the record for having an Academy Award, which definitely gives it [the items] status now,” said Laura Yntema, spokeswoman for auction house Nate D. Sanders.

“The Hunger Games” star also won awards from the Golden Globe and Screen Actors Guild in January for her “Silver Linings Playbook” performance.

Five items, either worn by Lawrence or from her wardrobe on the film, are up for auction with starting bids at $100.

They include the custom-tailored skin-tight white pants Lawrence wore during the film’s climactic ballroom dance scene with co-star Bradley Cooper.

The teal sports bra by Gap Body will be sold together with an extra-small blue Threads 4 Thought long-sleeved shirt.

Movie studios often hand off costumes to auction houses, where even small outfits can fetch high prices from fans and collectors.