After deaths, bus safety for hagwon under fire

After deaths, bus safety for hagwon under fire 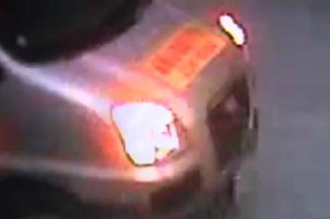 Recent deaths due to lack of supervision in hagwon transportation has raised alarms about safety conditions.

An elementary school boy was one such victim.

According to the Changwon Police in South Gyeongsang, a 7-year-old elementary school boy surnamed Kang was accidentally caught in the door of a hagwon shuttle bus and dragged into a parked truck at 5:40 p.m. on Tuesday at an apartment complex in Yangdeok-dong, Changwon.

The police said that the boy got off the taekwondo hagwon shuttle bus, but the driver, a 45-year-old man surnamed Jang, who is also the principal of the hagwon, didn’t see that his jacket was caught in the door.

The bus took off and the boy was dragged about five meters (16 feet) into a 1-ton truck that was parked along the side of the road.

The driver told the police that he heard something and immediately stopped the bus. That’s when he saw the boy lying in the road.

Instead of calling the 119 emergency rescue service, he loaded the boy into the bus and rushed to a nearby hospital, but the boy died at the hospital.

The police said that there were four other elementary school students in the vehicle but no adult to supervise students getting on or off the bus.

Under the country’s traffic laws, an adult instructor or staff member must accompany students in all vehicles registered for students’ transportation at academic institutions, including schools and hagwon.

When a supervisor doesn’t ride in the bus, the driver must check the safety conditions - check safety belts and manage the door of the vehicle firsthand at every stop.

In January, a 7-year-old elementary school girl surnamed Kim was killed by a piano hagwon bus in Guro, southwestern Seoul.

The girl tried to close the heavy bus door after she got off, but slipped on the icy road. The girl fell underneath the bus and the driver, who is also the principal of his hagwon, didn’t see her and ran over the girl.

According to the Korea Transportation Institute, about 28,000 vehicles are registered as hagwon and school buses, but it is estimated that there are about 180,000 vehicles not reported as school or hagwon buses to the local government.

“At least one official must be assigned in order to monitor students’ safety conditions and to reduce such accidents,” a spokesman for the Transportation Institute said.