Sooyoung is too friendly for her own good

Sooyoung is too friendly for her own good 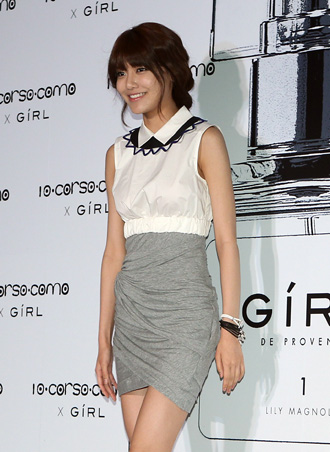 Amidst the rumor linking Girls’ Generation’s Sooyoung to actor Jung Kyoung-ho, a TV program went into just why the girl group member continues to be the target of rumors.

SBS’ “A Night of TV Entertainment” devoted its program, which aired Feb. 27, to the reason why Sooyoung kept finding herself linked to various male entertainers.

While denying that Sooyoung was seeing Jung, the show said the fact that Sooyoung had a vibrant personality helped her make friends fast, which often works against her in the industry and fuels many rumors.
“Because of her personality, a lot of people talk about her,” said a spokesperson for the singer. “It’s something she’s working on.”

Before being linked to Jung, whom she goes to the same church with, Sooyoung was rumored to be dating Hallyu actor Won Bin. She denied both allegations.