Where do Korean idols go as the spotlight fades away?

Where do Korean idols go as the spotlight fades away? 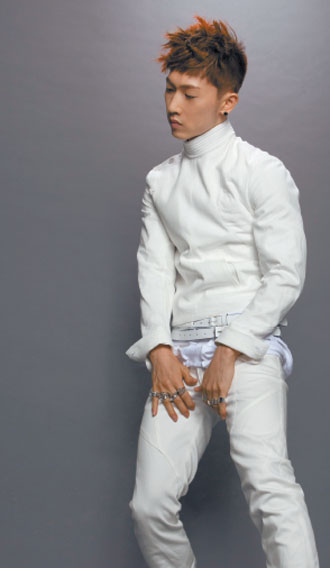 Former H.O.T member Jang Woo-hyuk has made a name for himself as a singer and head of WH Entertainment long after his heyday in the ‘90s.

Think that Suzy will always be the nation’s sweetheart?

Idol groups are a huge business, not to mention a crucial component of the Korean entertainment industry. But time and time again, the longevity of these young singers has been questioned.

In the crowded marketplace of K-pop, today more than ever, boy band and girl group members are quick to diversify their portfolios, trying to make it as actors, stage performers and soloists as they juggle group activities - no doubt to make the inevitable transition later a smoother one.

As we look to the future and try to predict the rightful places of Girls’ Generation, SHINee and IU 10 years from now, there may be clues in the paths of the so-called pioneers, or “original idols” of the ’90s.

And once we do shift our gaze toward the founders of present-day K-pop, things don’t look good for those following in their footsteps.

There seems to be no linear route to long-term success, unlike the streamlined path many stars take to fame in the beginning.

Of late, the media has been flooded with news about the scandalous lives of former idol group singers, all serving as reminders that fame at an early age comes with a price.

Then there’s Kang Sung-hoon of Sechskies fame, best remembered for his heart-melting smile. He will go down in K-pop history as a con man.

Last week, he was handed a 30-month prison sentence for fraud. The Seoul Northern District Court ruled that Kang was guilty of borrowing 900 million won ($828,000) from three friends from 2009 to 2010 and failing to pay them back.

When we look to idol groups who have disbanded and moved on to pursue solo careers, only a handful of successes come to mind.

From Sechskies, the only notable left would be leader Eun ji-won, who still makes television appearances. 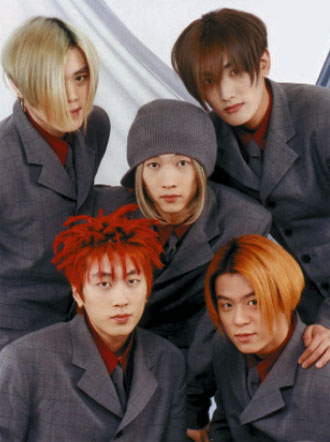 H.O.T, which made its debut in 1997, stands out as one group where the members haven’t gone haywire and for most part remain in the spotlight.

Four out of five members are still active; their presence noted on TV whether on variety shows, music chart shows or others.

But again, this is the exception rather than the norm for ’90s singers marketed as “idols.”

“Currently in a given year, the ratio of ’90s idol singers on our show would be around 10 to 30 percent,” said an Mnet representative who oversees the channel’s chart show “Mnet Countdown.”

As if offering a warning, she emphasized that this figure could include just one signer who returned multiple times to promote just one release.

Most Sechskies members, left, are inactive today. FIN.K.L, center, and SES had massive followings in the ’90s. [JoongAng Ilbo]

The first large-scale successes in K-pop can be traced back to the late ’90s and the emergence of groups like H.O.T, Sechskies and FIN.K.L.

Those who lived through the era, or at least tuned into last year’s hit tvN drama “Respond 1997,” will have a rough idea of the atmosphere at the time.

It was the era of ppasooni - girls obsessed with boy band members.

And because there were no e-mail or Web sites to share bands’ upcoming schedules, being a fan required a lot of legwork.

Former H.O.T leader Jang Woo-hyuk spoke to the Korea JoongAng Daily about the situation at the time.

“On weekends there were easily 1,000 to 2,000 fans camped outside our place,” Jang recalled. “There was even a time when a fan who was following me in a cab got to my next appointment earlier than I did.”

For him, dealing with obsessed fans was just part of the job.

“The love that we got was phenomenal and so things like that we just had to accept,” he said.

But not everyone loved K-pop stars back then, Jang noted, pointing specifically to professional critics.

“The term idol itself was a derogatory term. Back then it wasn’t used as it is today to denote young, fresh musicians,” he said. “Back then, music critics loved to put down local talent and ‘idol’ was a Konglish term denoting ayi, or child, and ‘doll.’?”

In other words idol music was thought to be popular only among young children.

And that it was.

Arirang program director Cha Jun-min, who oversees the Korean culture and music program “Catch the Wave,” put it like this.

“Back then H.O.T was on every pencil case, stationery item, you name it.”

But despite the large following, a lot of industry insiders refused to praise the group, constantly throwing around the term “idol” to belittle its members.

“Although we tried to be positive, we lived with this underdog mentality that we’d never make it on the world scene,” said Jang. “In our minds we came from a poor country, we weren’t meant for worldwide fame. It was by chance that we went to Taiwan, and things changed from there.”

H.O.T made a visit to Taiwan, following in the footsteps of dance duo Clon in the late ’90s, and once there, the locals took notice of the five boys from Korea.

“The second time we went back, that’s when we realized that things had changed” Jang said. “We had never seen anything like it.”

After Taiwan, the Chinese took notice of H.O.T and the band’s fame spread far and wide into the rest of Asia.

“A lot of people today claim to have coined the term ‘Hallyu,’ but it was then and there that the term was used for the first time to describe the frenzy felt at our concerts in China,” Jang noted.

The originator of Hallyu

In some sense, Jang was a founder of the phenomenon himself, and he has ridden this title to success long after demand for ’90s singers had faded.

Though he’s not often performing these days, Jang has his hands full as the head of his own agency WH Entertainment in Hannam-dong, central Seoul.

At first, the location itself seems to be an odd choice for an entertainment company, as most are located in Gangnam.

But the 34-year-old is all about doing things his own way.

Having debuted at 19 years of age, Jang professes to being a self-made entertainer and finds it difficult to buy into the current system where young people are trained for hours and hours by the agencies.

“I took part in local dance and singing competitions leading up to my debut,” Jang said in discussing what helped him grow as an entertainer.

This is in stark contrast to the highly scripted and scheduled lives of today’s performers.

Back then there was no concept of a trainee or a training system, and so Jang has some misgivings about today’s intense entertainment culture.

Jang said he is particularly concerned about young “talents” who are groomed and trained for years even before they make their first debuts. He prepared for just three months before entering the spotlight.

Times have changed, Jang admitted, and there are some pros to the current recruiting system. New talents are well trained in singing, dancing, languages and so forth.

“But more than anything else, I think these kids need to be taught about human relationships,” Jang said.

He is also concerned about the lengthy commitments required of new stars by today’s agencies. Jang simply walked away from SM when his time with H.O.T was up, but today’s stars often wage difficult legal battles to be freed from strict contracts that last many years.

For his part, the star seems to have few regrets. Since going his own way, Jang has used his time to keep on doing what he loves.

“Even if I was born again, I couldn’t imagine doing anything else,” he noted. He now spends his days focusing on his own projects as a singer and entertainer, and also as the producer for his agency.

Jang attributed his staying power in the industry to “hard work and just doing what I’ve always done.”

His company currently houses around 15 trainees who on any given day turn up to the agency’s complex where they dance, sing and “do what they want.”

“A while ago, I stumbled upon another agency’s time schedule for its trainees and was astounded at the amount of time the kids had to spend practicing,” Jang said.

“It was insane. I don’t see the number of hours put in equating to better performances.

As a perfectionist who turns off every light before he leaves his company every night, Jang is very much involved in the recruiting process, and takes part in global auditions across the globe from the United States to New Zealand. Yet he’s also committed to setting challenges but being flexible.

“It’d be great to follow in the footsteps of YG’s Yang Hyun-suk,” he said, mentioning Yang because he used to belong to Seo Taiji & Boys, another ’90s icon.

“But really, I am not out to be the biggest or the best. I’m more about doing things my way, working hard, doing as I’ve always done to take one step closer to perfection.”

Years after his time in the spotlight, Jang is lucky that he is still doing what he’s passionate about.

Meanwhile, Kangta, a former bandmate of Jang, is still carrying on as a soloist in Korea and China.

Fin.K.L member Oak Joo-hyun has reinvented herself as a musical actress, and her bandmate Lee Hyo-ri has capitalized on her personality by becoming a regular on television shows.

There’s also some like Eugene, who made the transition from SES member to actress.

As these stars move on from the world of idols to other vocations, they are again paving the way for current stars to seize opportunities later in life.

But as some cases exemplify more than others, there seems to be no guarantee.