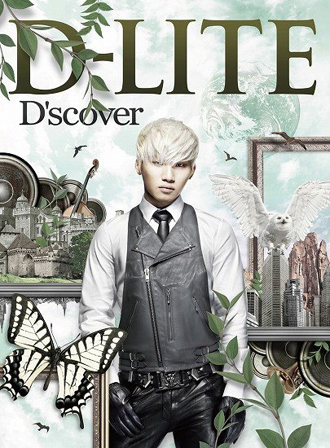 Big Bang’s Daesung, also known as D-Lite, will set out to do what his band hasn’t been able to pull off: a 19-city tour consisting of 25 shows in Japan.

The three-month “D-Lite D’scover Tour” will kick off March 23 at Kobe World Memorial Hall before finishing up in Yokohama on June 18.

Initially, the tour was only made up of 21 shows in 17 cities, but due to fans’ demands, extra dates were added.

“A 17-city tour is something that even Big Bang hasn’t pulled off,” noted a YG representative who said that Daesung’s stints in Nigata, Aomori, Hokkaido and Miyagi would be firsts for both the singer and the band.

Four of the 12 tracks were written by renowned Japanese musicians.

Daesung isn’t the only Big Bang member to have his eyes set on Japan as a soloist.

The group’s leader G-Dragon is also holding a four-dome tour there.