For those who can’t wait, flowers are already in bloom

For those who can’t wait, flowers are already in bloom

Opened in 1909, the Western-style arboretum within Changgyeong Palace in Waryong-dong, central Seoul, was the very first in Korea. Originally, it housed tropical trees from abroad, but now it is filled with flowers and trees native to the country. By Shin Dong-yeun


*As winter fades away, the wind doesn’t seem as chilly and the days are growing longer. Yet in most parts of the country, the beautiful spring flowers are still at least one month from full bloom.

For those who simply cannot wait, the JoongAng Ilbo did some research and chose four arboretums and botanical gardens where visitors can feast their eyes on beds of flowers even before spring takes hold.

Changgyeong Palace holds a special place in the hearts of older Koreans. 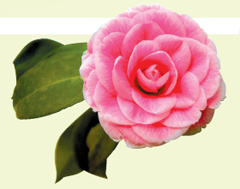 A native camellia with the color of azaleas.

“We had only one option back when we were young. We all came here for school excursions,” said Cho Hyeong-shin, 68, who recently visited the arboretum in Waryong-dong, Jongno District, central Seoul.

Until the early 1980s, the palace was the only place in the country with both a zoo and a botanical garden.

The garden dates back to 1909 when Japanese colonial authorities decided to liven up the residential quarters of King Sunjong. It was supported to please the ruler, who was forcibly confined to the palace grounds.

It once housed 1,755 different varieties of tropical trees in the 1940s, according to the Seoul Metropolitan Government. But now it is filled with flowers and trees that are native to Korea.

In particular, the native camellias have the color of azaleas unlike their foreign counterparts.

Due to its long history and impressive nature preserves, the arboretum was designated as a cultural property in 2004.

Operating hours are from 9 a.m. to 6 p.m. except on Monday, when the site is closed.

Admission to Changgyeong Palace includes access to the botanical garden.

It costs 1,000 won for adults, and those under 18 years of age may enter free of charge.