Sales strong, but questions under hood

Sales strong, but questions under hood 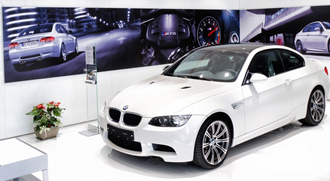 Still, many consumers have lingering doubts over their history of poor after-sales service and expensive maintenance and repairs.

Before the Lunar New Year’s Day, major foreign automakers announced their goals for this year and all of them included product quality and customer service as priorities.

But just a week later, the Fair Trade Commission conducted on-site inspections of four imported car companies for four days to investigate allegations including price manipulation and unfair distribution structures. The FTC even searched the Korea Automobile Importers and Distributors Association (Kaida) this week to get more data.

An official from Kaida said price manipulation is not an option in today’s business environment, but this is not the first time imported car companies have been targeted by the FTC.

In 2008, BMW and Toyota were fined by the market watchdog for price collusion, while Mercedes-Benz and Audi Volkswagen received letters of warning.

The FTC investigation is a result of frequent consumer complaints about the price of parts and repairs. There is a joke that says it would be cheaper to buy another imported car to get a part than going to a repair shop.

According to data from the Korea Insurance Development Industry, the cost of painting an imported vehicle is 3.4 times higher than for a Korean model. Parts, which the local divisions of foreign auto brands supply to dealers and repair shops, are reportedly three to five times more expensive than Korean ones.

The General Insurance Association of Korea recently set up a task force to examine how imported auto parts prices are calculated, but the insurance officials say dealers won’t reveal the data, citing it as a “business secret.”

According to the association, foreign cars were involved in about 250,000 accidents last year and the repair cost was 1 trillion won
($923 million), about 40 percent higher than in 2011. The association official said clear data is essential for setting fair repair prices.

There is a speculation that importers have abused their power to prevent dealers from getting less expensive parts from other suppliers, but it is unclear why imported car companies are refusing to divulge the data.

An imported car CEO criticized other companies last month, saying they care about nothing other than meeting their sales goals to impress headquarters.

Nonetheless, foreign brands are expected to increase their sales from 8 to 12 percent this year. But at the same time, as their pie gets bigger consumers will demand better after-sales service and transparent retail pricing.