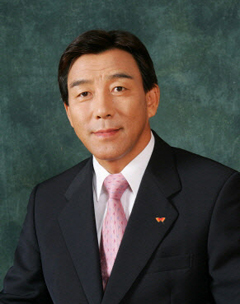 “We decided Chairman Kim is the right man for the position because he has accumulated experience and knowledge in the energy and chemical industries while serving as CEO of SK Chemicals and SK Corporation, formerly SK Innovation,” said the group. “[We believe] he will raise the value of the company through a synergy effect among subsidiaries under the management system ‘Separate, But Together 3.0.’?”