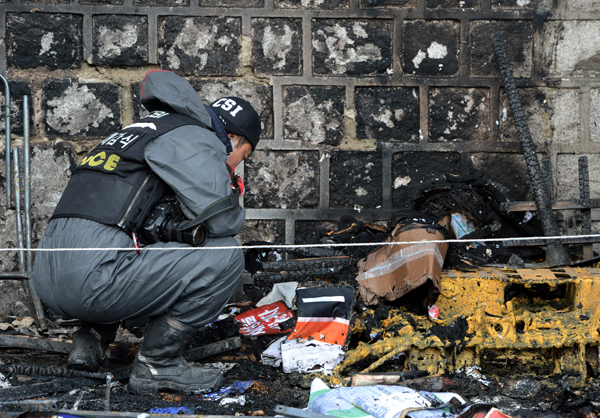 A Crime Scene Investigation worker inspects the scene of a fire that broke out at the sit-in camp occupied by fired workers of Ssangyong Motors near Daehanmun, the main gate of Deoksu Palace, in central Seoul yesterday. The fire broke out at 5:30 a.m., burned two of the three sit-in camps and 15 rafters of the palace. [NEWSIS]