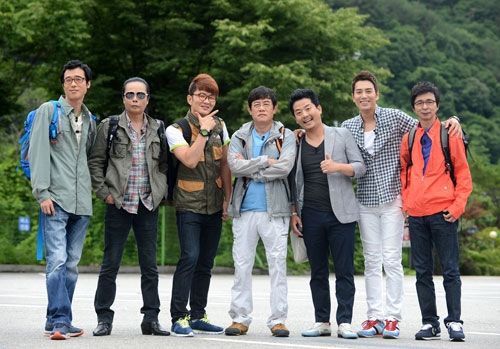 KBS has pulled the plug on two of its variety shows: “Qualifications of Men” and “Moonlight Prince.”

The announcement came as a shock as the former is a long-running show, having appeared for the first time four years ago, while the latter is only six weeks old.

The Sunday night show “Qualifications of Men” boasts some of the biggest names, including Lee Kyung-gyu, Yoon Hyung-bin and singer Kim Tae-won.

A popular show within the “Happy Sunday” program, the segment saw the all-male cast undertake various missions and pulled in more than 10 percent viewer ratings each week.

According to online entertainment news specialist Star News, KBS decided to pull the plug to join its competitors MBC and SBS, who have introduced new programs of late.

As SBS has the singing-survival show “K-pop Star” and MBC has the new-concept variety show “Daddy Where Are You Going?” featuring celebrity dads and their children, KBS apparently felt the need to step it up with new material of its own.