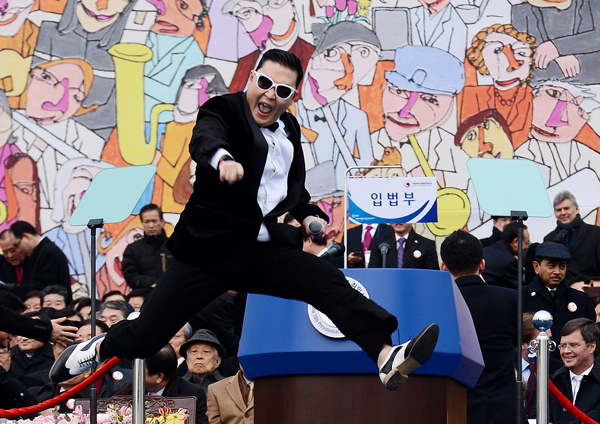 We know Psy is big in show biz, but it seems that the 35-year-old Korean rapper is also making a name for himself in Chinese academia.

Yesterday, Chinese media reported that one of the questions included in an entrance exam at a local university was “What is Psy’s real name?”

The respondents had to write out the singer’s name, Park Jae-sang, in Chinese to be considered for a spot at the university that will open its doors to freshmen in September.

Of course, it’s not just in China that Psy is a big deal.

Just days earlier, basketball player Dennis Rodman tweeted about the “Gangnam Style” sensation, albeit during a visit to North Korea.

“Maybe I’ll run into the ‘Gangnam Style’ dude while I’m here,” the 51-year-old athlete tweeted after he arrived in Pyongyang.

Last week Psy also made headlines for performing at President Park Geun-hye’s inauguration ceremony on Feb. 25. Then later on in the week, his work with the charity organization Goodway With Us was highlighted.