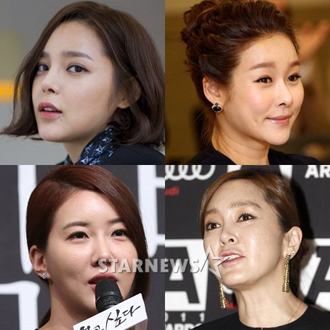 The Seoul Central District Prosecutors’ Office said yesterday it has filed a warrant to detain plastic surgeons, identified by their surnames Ahn and Mo.

Ahn runs a plastic surgery clinic in Sinsa-dong and Mo a maternity hospital in Cheongdam-dong, both of which are located in southern Seoul.

They are charged with giving propofol to celebrities including Lee Seung-yeon, a former Miss Korea who is now an emcee for a beauty show program, and actress Jang Mi In Ae as well as Park Si-yeon, without a medical purpose for a long time.

The prosecutors said Ahn gave propofol to Lee and Park, and Mo administered the drug to Jang.

Those celebrities told the doctors that they have sleeping problems and need something to feel mentally stable, so the doctors administered propofol several times a week without prescriptions.

The prosecution also found that the doctors have been changing and destroying medical records to hide their behavior, as the dosage of the drug for a person aberrantly increased.

Propofol can have a euphoric effect for early users, but the body adapts to the effects quickly and more and more of the drug is needed to achieve a similar feeling.

In January, the prosecution raided seven hospitals in the Gangnam area that are popular among celebrities.

Ahn’s hospital in Sinsa-dong is famous among celebrities for fat grafting, a procedure where someone has fat taken from their body and injected into their face, often in the forehead or cheek area.

The prosecution is currently pursuing additional evidence as they judge that more celebrities are likely to have been administered propofol from those hospitals.

“We are reviewing the evidence we have obtained from the hospitals we have raided for further investigation,” a spokesman of the prosecution told the JoongAng Ilbo.