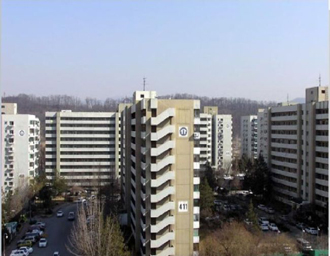 Legislation that would have reinstated the tax benefits offered to home buyers that expired Dec. 31 failed to reach the floor of the National Assembly yesterday.

The Ministry of Land, Transport and Maritime Affairs earlier proposed a bill to extend the real estate acquisition tax cut for six months.

The tax cut was introduced Sept. 10 to revive the moribund real estate market, and it was considered the strongest action to stimulate the market under the former Lee Myung-bak government.

The Lee administration halved the acquisition tax from 4 percent to 2 percent for the last four months of 2012 as a last-ditch effort by the former government to boost a housing market that had remained sluggish for most of Lee’s term. Last May, the government announced property revitalization measures, but they failed to budge the market.

The two measures had an immediate impact on the market. There were 66,411 property transactions nationwide in October, up 67 percent from a month earlier. Seoul metropolitan areas saw a 75 percent spike in transactions during the same period.
Market analysts said transactions started picking up after Sept. 24, when the government’s tax breaks for home buyers took effect.

Realtors have been desperate to resurrect the tax cut, saying the market had just started to pick up in response to the government stimulus.

Hwang Young-chul, a high-ranking Saenuri Party lawmaker, at a press conference yesterday claimed the opposition Democratic United Party believed the ruling party would try to pass the tax-cut extension along with the government reorganization bill, which is currently the most controversial issue between the two parties.

The DUP refuted the Saenuri lawmaker’s remarks in a separate press conference. Some lawmakers argued in favor of leaving the tax alone because it is a key revenue stream for local governments. It is estimated they would lose 2.9 trillion won this year if the tax cuts were extended.