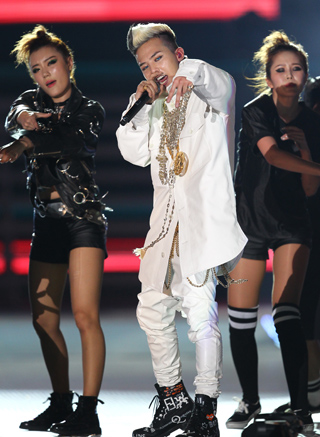 Big Bang’s leader G-Dragon will have his own tour in Hong Kong, Japan and Korea starting at the end of this month, according to YG Entertainment yesterday.

The schedule “One of a Kind” was partially unveiled on the star’s Facebook page, and more host cities will likely be added later.

The tour will kick off in Seoul on March 30 for two days and will move to the Yahoo Japan Dome in Fukuoka in April. The singer will then travel to Saitama’s Seibu Dome and Osaka’s Kyocera Dome in the same month before moving to the Nagoya Dome in June.

There will be two performances in Saitama, three in Osaka and two in Nagoya.

This is the first time a Korean singer will perform at all four major domes in Japan. The agency expects 361,000 people to attend the various shows.

This solo tour is the second for the G-Dragon leader after “Shine a Light” in 2009.

Tickets for the first concert in Seoul went on sale yesterday, and those for second concert will be sold starting today at 8 p.m. on GMarket.