You might scroll with your eyes on Galaxy S4

You might scroll with your eyes on Galaxy S4 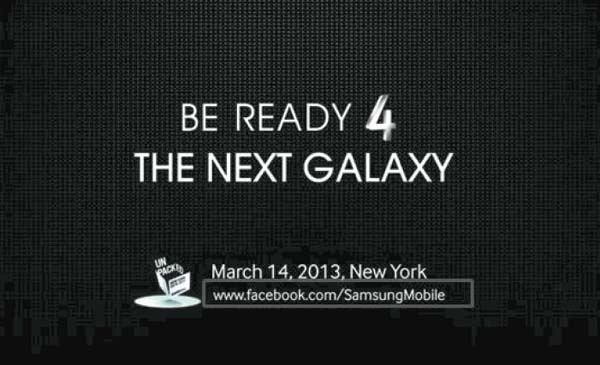 A screenshot of Samsung’s YouTube teaser for the Galaxy S4

More than a week ahead of its scheduled unveiling in New York, speculation is rampant over new, high-tech features on Samsung Electronics’ top-of-the-line smartphone Galaxy S4.

The successor to the hugely popular Galaxy S3 will adopt a so-called “eye scrolling” function that tracks the movements of users’ eyes, according to a Monday report from The New York Times, citing an anonymous source at the tech titan.

“When users read articles and their eyes reach the bottom of the page, the software will automatically scroll down to reveal the next paragraphs of text,” said the report.

Samsung refused to confirm whether the rumored function will be included on its new device.

The eye-movement-tracking technology is not entirely new for Samsung’s mobile phones. The Galaxy S3 and Galaxy Note 2 are equipped with a similar “smart stay” function. Its front-facing camera recognizes that the user is looking at the screen, which keeps the screen from going into sleep mode. The Galaxy S3 was launched in May 2012 in London has sold over 40 million units globally.

The Galaxy S4 is also rumored to run on Samsung’s new 8-core Exynos 5 mobile processor. The processor has twice the processing capacity of the quad-core chip, which is also embedded in Galaxy S3 and Note 2. The Korean tech giant took the wraps off the Exynos 5 at the Consumer Electronics Show in Las Vegas in January.

Samsung has scheduled the global debut for the Galaxy S4 at Radio City Music Hall in New York at 7 p.m. on March 14. This is the first time that Samsung will hold a major smartphone launch event in the U.S., the home turf of its biggest rival Apple. Apple is said to be preparing to launch the iPhone 5S, a follow-up to the iPhone 5, in June at the earliest in tandem with the release of iOS7, a major upgrade to its mobile platform.

Although the Galaxy S3 surpassed sales of the iPhone 5 at one point last year, the best-selling smartphone on the planet in the fourth quarter of last year was the Apple phone, according to market researcher Strategy Analytics on Feb. 20. Apple sold 27.4 million iPhone 5s, accounting for 12.6 percent of global market share, along with 17.4 million iPhone 4Ss, followed by15.4 million Galaxy S3s.