Baek Ji-young will debut in Japan

Baek Ji-young will debut in Japan 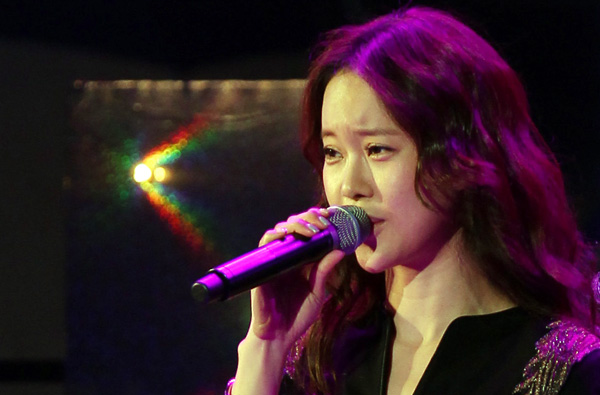 Singer Baek Ji-young, who has been performing in Korea for nearly 15 years, is now preparing to make her debut in Japan on May 1.

At a showcase called “Premium Night,” she will perform in front of 400 fans at Akasaka Blitz in Tokyo.

On the set list are Japanese-language versions of “Don’t Forget,” “I Won’t Love” and “That Woman” along with “Good Boy” and “Candy to My Ears” in Korean.

“Different from most K-pop concerts that focus on fancy visual effects, the showcase will be [designed] to make Japanese audiences solely focus on Baek’s voice and songs,” said WS Entertainment, which represents Baek.

The singer will also release an album to expand her presence in the neighboring country.

The title track, “That Woman,” is already hugely popular as the theme song for the television drama “Secret Garden” (2011).

Baek said she’s nervous about meeting her fans in Japan and hopes they love her songs, according to local media reports.