‘Music Trend’ to bring back rankings

‘Music Trend’ to bring back rankings 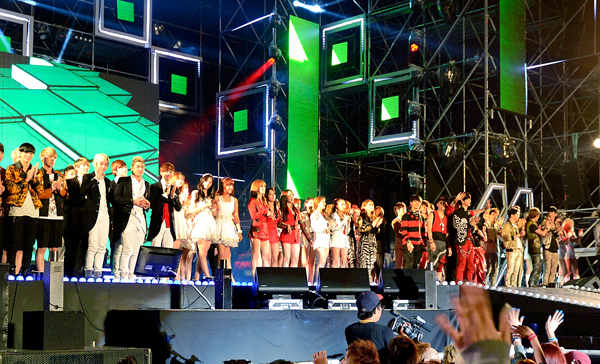 “Music Trend” on SBS will again provide a weekly ranking of 50 popular songs based on feedback from fans. The program will list 50 choices on its mobile application, and users will be asked to vote for those they listened to, downloaded and loved the most in the past week.

Results will be aired on the weekly music program each Sunday at 3:30 p.m. starting on March 17.

Last Sunday, IU, Kwanghee of nine-member boy band ZE:A and actor Lee Hyun-woo of the television drama “Queen Seondeok” announced that they would host the new ranking segment for the music program.

Though some fans were undoubtedly excited by the development, industry experts voiced concerns that the hosts’ star power could potentially be used to skew results unfairly.

SBS canceled the ranking service last July after deciding to develop a more in-depth music program, according to the local media reports. With the return of the service, “Show! Music Core” on MBC is the only similar program without rankings.