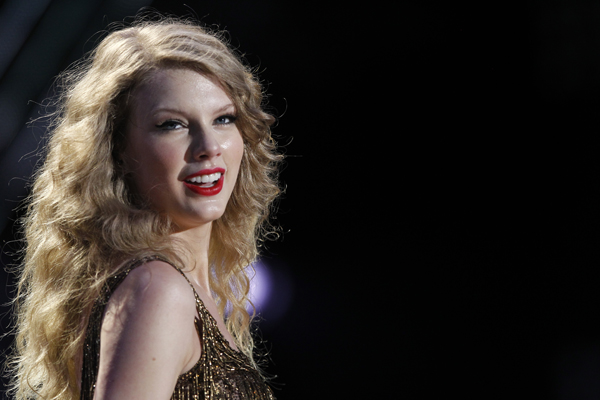 During the awards broadcast, hosts Fey and Poehler threw a barb at the singer, telling her to “stay away” from actor Michael J. Fox’s 23-year-old son.

The Grammy-winning singer is well known for documenting her personal relationships in her songs, often leaving little clues in the lyrics that hint at the subject.

She has been linked to high profile celebrities such as John Mayer, Jake Gyllenhaal, Taylor Lautner, Joe Jonas, and more recently, Conor Kennedy and One Direction’s Harry Styles.

In the Vanity Fair interview, Swift, 23, responded to the Golden Globes incident by citing a saying told to her by talk show host Katie Couric that “there’s a special place in hell for women who don’t help other women.”

“For a female to write about her feelings, and then be portrayed as some clingy, insane, desperate girlfriend in need of making you marry her and have kids with her, I think that’s taking something that potentially should be celebrated - a woman writing about her feelings in a confessional way - that’s taking it and turning it and twisting it into something that is frankly a little sexist,” Swift said.

Swift’s latest hit “We Are Never Ever Getting Back Together” was presumed to be about Gyllenhaal while “I Knew You Were Trouble” is said to be about Mayer.

Swift, who notably refuses to reveal details of her personal life, didn’t name any names herself in the interview but said “since 2010 I have dated exactly two people,” referring to Kennedy and Styles.