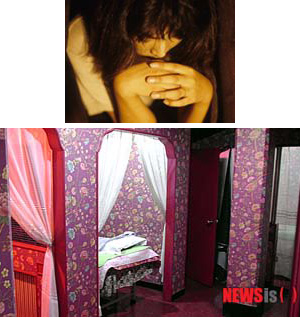 The Ministry of Justice yesterday said a partial revision to the law in order to strengthen punishment for human trafficking and organized crime was approved in the National Assembly.

In 2011, the Korean Coast Guard cracked down on a criminal ring of eight based in North Jeolla involved in the trafficking of disabled people, coercing them into working in the local fishing industry, namely shrimp farms, without remuneration.

But 65-year-old ring leader Choi and two others were sentenced to jail for lighter charges of kidnapping for profit, and the five other accomplices were merely booked without detention because of their weaker involvement in the “kidnapping.”

Those sentenced on charges of kidnapping with the intent to profit are sentenced to a year in prison and repeat offenders two years.

But the Justice Ministry said that human trafficking now is an offense punishable under the law through new amendments to the Criminal Act, which was passed at the National Assembly on Monday.

In the case of human trafficking, one can be sentenced up to seven years in prison under the revised law.

Human trafficking under the new provision not only includes those who commit the act of selling or purchasing but those who transport, deliver and recruit victims as well.

Those charged with sexual harassment or assault, arranging marriages or other profit-based purposes can be imprisoned for up to 10 years.

Those charged with exploitation, prostitution or organ harvesting can face up to 15 years in prison.

The North Jeolla criminal ring charged with trafficking those with mental disabilities will fall under this category for human exploitation.

The revision to the Criminal Act comes with the hopes of Korea to better comply with the United Nations’ Protocol to Prevent, Suppress and Punish Trafficking in Persons, especially Women and Children, adopted in 2000. The amendment marks the first addition of a criminal act to the penal law in 18 years.