Tourists from China, Japan are flocking to Gangnam

Tourists from China, Japan are flocking to Gangnam 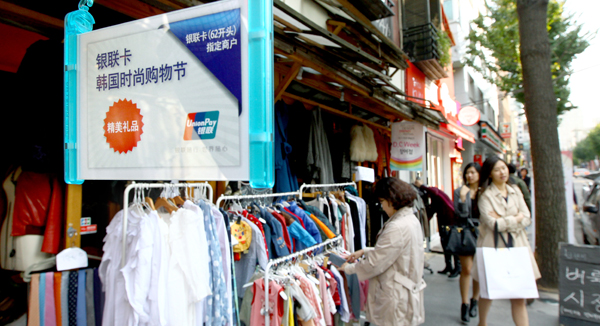 At 3 p.m. on Garosugil in Sinsa-dong, southern Seoul, a tree-lined promenade that is one of the trendiest areas in the city, it’s hard to avoid the groups of women visiting from Japan. They’re in the boutiques and stores, taking photos of each other or people- watching over cups of coffee.


“Garosugil is different from other areas in Seoul,” said Maki Suzuki, a 24-year-old tourist from Japan. “There are many fancy stores and classy coffee houses, which people like me love to visit.”


Not far away in Cheongdam-dong, southern Seoul, home to many luxury designer goods shops, the incoming tourists are from China.


“Some of the Chinese tourists don’t care how much an item costs,” said Kim Tae-hyeong, manager of Cartier’s Cheongdam branch. “They purchase hundreds of millions of won worth of goods with ease. We set up a VIP room for them and even hired Chinese translators.”


After the worldwide success of Korean rapper Psy’s “Gangnam Style” video, tourists are pouring in to experience Gangnam style for themselves.


According to a survey by the Gangnam District Office of 300 international tourists at Incheon and Gimpo international airports in the second half of February, 79.7 percent said they visited Seoul and 54 percent took the trouble to go to Gangnam.


Among those visitors, the Japanese and Chinese were most smitten with Gangnam. About 71 percent of the foreigners who said they visited Gangnam came from either China or Japan.


The visitors who loved Garosugil most were Japanese. About 49 percent of Japanese who visited Gangnam went to Garosugil, while only 18 percent of them said they went to COEX and 16 percent said they liked Rodeo Street in Apgujeong-dong, southern Seoul.


The survey showed that Chinese tourists went all over Gangnam. Garosugil was also their favorite place, with 28 percent visiting, but other favorites were Rodeo Street (23 percent) and Gangnam Boulevard (23 percent).


“We concluded that Japanese tourists like places that are less crowded than places like Myeong-dong but are fancy and classy, while Chinese love to visit crowded and active places like Gangnam Boulevard and Choengdam-dong,” said Park Hee-soo, of the tourist division of the Gangnam District Office.


“Chinese visiting Gangnam want to dress up in a Gangnam style,” a spokesman of the Tour Division of the Seoul Metropolitan Government said. “People who want to visit Seoul study fashion styles in Gangnam before they come to the country via blogs and Twitters.”


Due to the influx, the money spent by Chinese tourists at Hyundai Department Store’s branches in Apgujeong and COEX have gone up 195 percent over last year, the city government said.