On ‘Django’ tour, Leo finally makes it to Korea

On ‘Django’ tour, Leo finally makes it to Korea 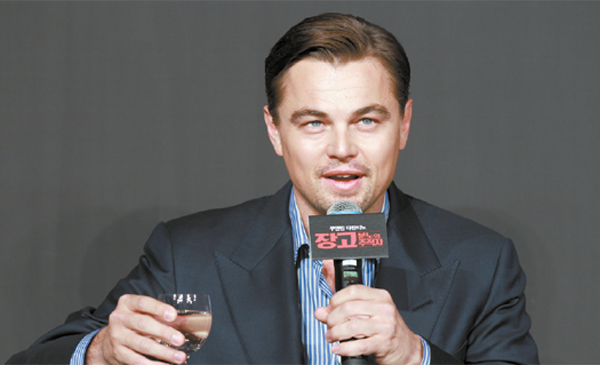 Hollywood pretty boy Leonardo DiCaprio promoted “Django Unchained” and professed his love for kimchi and the environment all in one go at a press conference in Seoul yesterday. Provided by All That Cinema

Leonardo DiCaprio touched down in Seoul on Wednesday night for a quick visit that had his fans in a frenzy.

It was long overdue, given that he’s been kind of a big deal here, and everywhere, since 1997 when a little flick about a ship that sunk out in the Atlantic became the highest-grossing film ever.

Although it took the Hollywood pretty boy some 20 years to make it here, he finally met his Korean faithfuls face-to-face to promote his latest movie “Django Unchained.”

True to his dazzling on-screen persona, DiCaprio, now 38, greeted and thanked the press in Korean while speaking about his latest release at the Ritz-Carlton in southern Seoul yesterday. 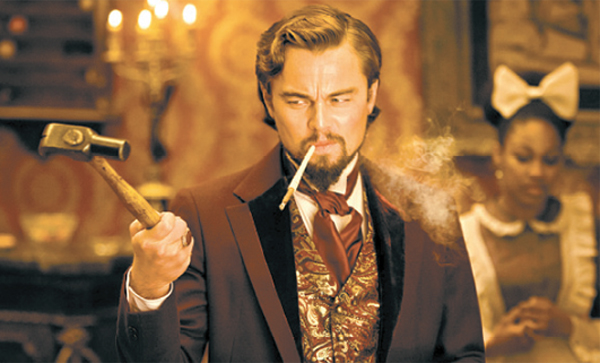 The plot revolves around a slave named Django (he’ll have you know that the D is silent) freed by an unconventional dentist and bounty hunter of German ancestry and a whole lot of racist plantation owners and their evil sidekicks.

The movie signals a turning point in DiCaprio’s career as he does away with his dashing image completely to play the villain, albeit a very charming one.

“He’s a sort of Louis XIV character,” DiCaprio said of Candie, admitting that he has been gravitating toward money-hungry, ambitious characters lately.

“If you look at my last three works from this to ‘Wolf of Wall Street’ and ‘The Great Gatsby,’ my characters are all those who want to prove themselves, whether it be to a woman they love or to the world.”

Together, the vengeance-fueled characters do make an interesting spectacle, and there is certainly a strange harmony that comes from the union.

“My favorite scene is the dining room scene,” DiCaprio said, referring to an intense discussion that brings together the film’s main stars, each with a strong personality and personal agenda.

Director Quentin Tarantino’s influence is obvious in the violence-filled Western that combines drama and romance with a glimpse into America’s past.

“It’s not totally factual but it is true to what did happen in history,” DiCaprio said.

Critics were quick to comment on Tarantino’s approach to some of America’s most disturbing history.

The New Yorker called his work “a very strange movie, luridly sadistic and morally ambitious at the same time,” but it’s a combination that works for “one of, if not the most successful Westerns ever made,” DiCaprio said.

With “Django” down, DiCaprio has another blockbuster to promote in the coming months: “The Great Gatsby,” directed by Baz Luhrmann. But after that, he plans to take a break from show business “to improve the world a bit,” as he said in January.

As a member of the World Wildlife Federation’s board of directors, the longtime environmentalist has been involved in causes such as climate change and preserving biodiversity.

“She’s responding to it positively and promised to stop the trade,” said DiCaprio, who feels it is his burden to undo some of the damage done to the planet in the last 10 years.

After getting the heavy topics out of the way, DiCaprio also put on a playful front as he said he would enjoy every moment of his first visit to Korea.

He praised “Old Boy” director Park Chan-wook and confessed that he “grew up on kimchi.”

Having grown up in a part of Los Angeles with many Koreans, he said he couldn’t “wait to eat Korean BBQ and eat kimchi” between meetings with fans and the press.

He reserved judgement on the country until later, though, saying he’d talk about it on his next visit.