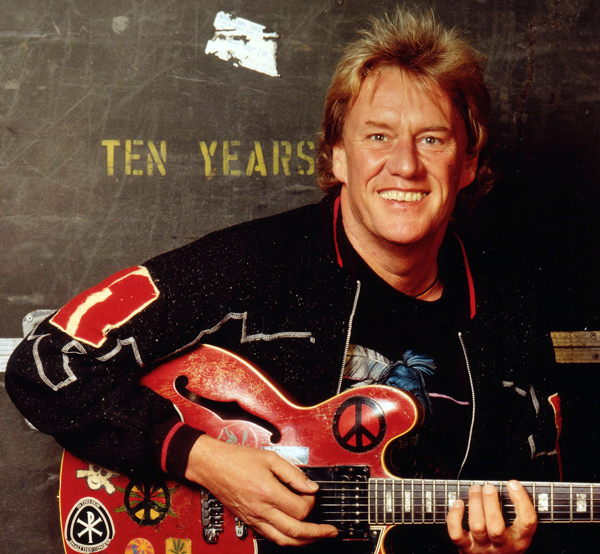 LONDON - British rock guitarist Alvin Lee, founder of the band Ten Years After who burst to stardom with a memorable Woodstock performance, has died. He was 68.

“We have lost a wonderful, much loved father and companion,’’ said the statement signed by his daughter Jasmin, wife Evi and former companion Suzanne. “The world has lost a truly great and gifted musician.’’

The Nottingham, England-born Lee founded the band Ten Years After in 1967. The group first toured the U.S. in 1967, but its popularity exploded following Lee’s rousing performance of the song “I’m Going Home” at Woodstock in 1969. Lee’s epic and electrifying solos on his Gibson guitar for the 11-minute performance were immortalized in the documentary film about the legendary festival.

Ten Years After released 10 albums together featuring the group’s mix of blues, swing jazz and rock, and toured the U.S. 28 times in seven years.

Lee left the band in 1975 to embark on a successful solo career that saw him recording with the likes of George Harrison, Steve Winwood and Mick Fleetwood, and experimenting with different styles of country rock, rhythm and blues.

In total, Lee released more than 20 albums over a 45-year career. His most recent, “Still On the Road to Freedom,’’ was released in August and incorporated a range of styles from rock to blues to jazz to funk.

Rainey said he had developed a great friendship over the past 25 years with his client, who he recalled would “always end our conversations and his e-mails with ‘Keep Rockin’ Ron.'”AP