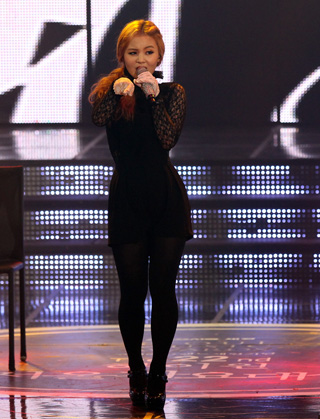 Lee Hi, a runner-up of the first season of SBS’ “K-pop Star” may come back with her first full-length album by holding a special concert on a stage she would feel a little more comfortable on.

According to a spokesperson from YG Entertainment on Wednesday, Lee Hi is scheduled to release her first album by holding a special concert on the live stage of ‘K-pop Star 2’ within this month. However, as she has not yet completed recording or filming her music video, the plan is yet to be confirmed

It is quite unprecedented to see a singer having a comeback concert on a survival singing program as they usually introduce their new song on television music programs such as “Music Bank.”

Meanwhile, the debut of Su Pearls, another girl group that was formed during the first season of the “K-pop Star” was scrapped by the YG Entertainment despite high anticipation from the fans.