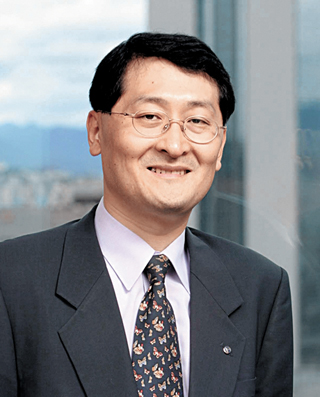 Wi Sung-ho, who heads the Seoul-based bank’s wealth management group, said the goal is to operate about 30 branches exclusively serving high-net-worth individuals, up from 15 currently, he said Wednesday.

Shinhan is competing with firms including Hana Financial Group and KB Financial Group for more-lucrative private wealth business as central bank rate cuts aimed at stimulating Asia’s fourth-biggest economy narrow the industry’s loan margin. Wi plans to boost his unit’s assets, which account for about 17 percent of the company’s total, by 1 trillion won ($921 million) this year to 58 trillion won.

“Banks and brokerages are facing limits to growing their traditional businesses,” Wi said. “Wealth management is an area where we can garner higher return and meet demand from a growing number of clients.”

Rich Koreans, defined as individuals with more than 1 billion won ($922,000) in financial assets, grew 8.9 percent to about 142,000 at the end of 2011 from a year earlier, according to KB Research. Real estate accounted for 58 percent of their holdings and financial assets 35 percent.

Korea lowered the tax ceiling on investment income to 20 million won from 40 million won beginning this year. That change will probably boost the number of rich people seeking advice and services to preserve their wealth, according to Wi.

“These tax revisions are just the beginning and taxation will likely increase in the years to come as the government looks to fund spending programs,” Samsung Securities wrote in a report Jan. 22. “Investors rebalancing their portfolios will be inevitable.”

Shinhan’s wealth management division employs about 200 people, according to Wi, who plans to add overseas experts. He declined to comment further on hiring plans.

Hana’s private banking unit has 190 staff, while KB has about 95 and Woori Finance Holdings has 52, according to a December report by the Korea Institute of Finance, a Seoul-based research group.

The combined net interest margin at Shinhan’s banking and credit card unit shrank to 2.4 percent at the end of December, the lowest in at least two years, according to company data.

“Korean banks will rely more and more on wealth management businesses as they face a double whammy of shrinking loan margins and deteriorating asset quality,” said Woo-jin Kim, a research fellow at the Korea Institute of Finance. “They must look for growing businesses such as wealth management.”