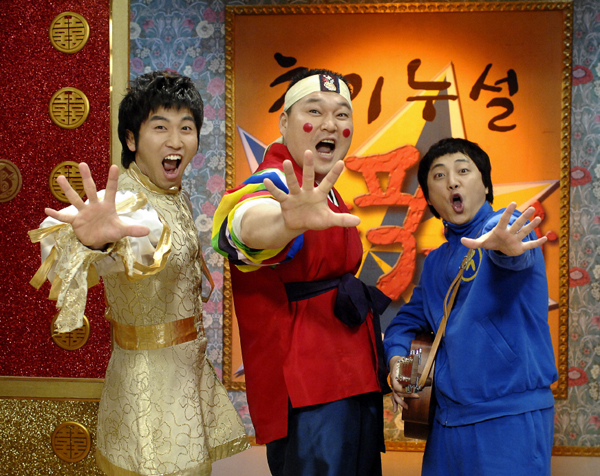 The show had been taken off air temporarily when its main emcee Kang Ho-dong dropped out of the entertainment scene after being found guilty of tax evasion in 2011. Kang returned to broadcasting last year, and the show was brought back in November with new co-host, Kwanghee of boy band ZE:A and original co-host Yoo Se-yoon. But it has since struggled to regain its original popularity. With the news of Kwanghee bowing out, citing band commitments as reason, producers have opted to bring back Woo Seung-min of All Lies Band, the other original co-host, in a bid to restore the show to its former glory. Kwanghee’s last appearance will be this Thursday and Woo’s comeback will air on March 21.

Kang disappeared from the public eye in September 2011 in the face of public fury over his tax evasion conviction. A retired ssireum (traditional Korean wrestling) champion, Kang broke into the entertainment scene in 1993.