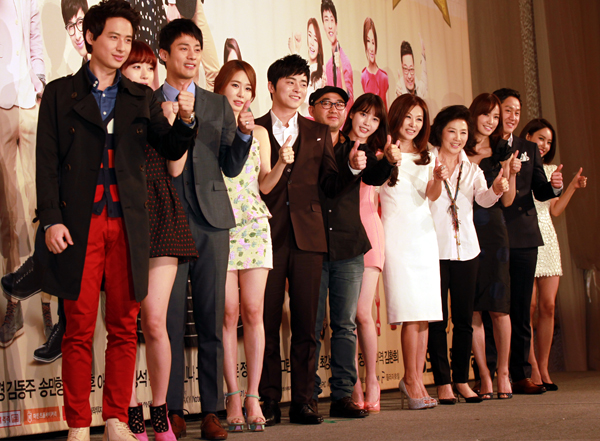 A new KBS TV drama, “You’re the Best, Lee Soon Shin,” may have to change its title as global youth group DN has requested a ban on using the name of Korea’s historic naval commander Yi Sun-sin to Seoul Central District Court yesterday.

“Yi Sun-sin carries the same significance as other official national symbols,” said the group in an application requesting the ban. “Considering the power and influence KBS has, it is obvious that the image of Admiral Yi will absolutely deteriorate because the recreated weak and clumsy female character [in the drama] completely contradicts the image of Yi, who represents victory and strength.”

Yi is famed for his victories against the Japanese Navy in the Imjin War during the Joseon Dynasty with an improved version of the geobukseon, or turtle ship.

The group worries that the youngsters all over the world, who are not familiar with the historic background of Yi, will remember the general as a character and even identify Yi with IU, the idol singer who plays the role of Lee Soon-shin.